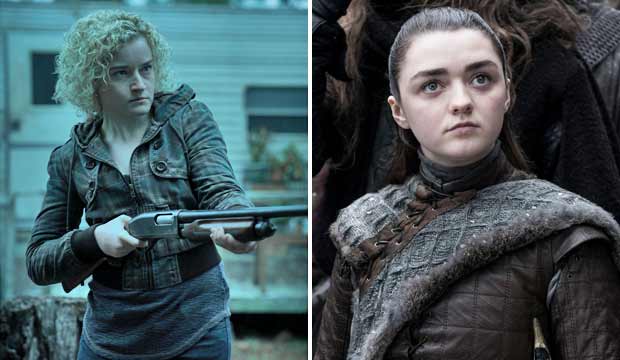 They say youth is wasted on the young. Sometimes it’s also wasted at the Emmys, where voters often prefer seasoned veterans to up-and-coming whippersnappers. But this year’s race for Best Drama Supporting Actress is wide open, and that could be good news for a few Millennial women vying for recognition. As of this writing we’re predicting that three women aged 25 and under will be nominated, which could make this the youngest-skewing acting category at this year’s awards.

The current front-runner to win is the overdue Lena Headey (“Game of Thrones“), according to the combined predictions of more than 1,000 Gold Derby users who have made their forecasts so far. Headey is the only nominee from 2018 who is eligible to return in 2019, but right behind her is Julia Garner, the 25-year-old “Ozark” standout who recently surprised us by earning a Screen Actors Guild nomination for her performance as Ruth Langmore, a poor young woman from a family of criminals in the title locale. Garner also earned Critics’ Choice nominations this year for both “Ozark” and the limited series “Dirty John.” And despite her youth she already has an enviable resume including recurring roles in “The Americans” and “Maniac” and film roles in “Martha Marcy May Marlene” (2011), “The Perks of Being a Wallflower” (2012) and “Grandma” (2015).

And right after Garner are two more young actresses, both of whom co-star with Headey on “Game of Thrones.” Maisie Williams ranks third in our odds for playing the vengeful Arya Stark; even though she’s only 21-years-old, she already earned an Emmy nomination for this performance in 2016. Meanwhile, Sophie Turner ranks fourth for her role as Arya’s sister Sansa Stark; the 23-year-old actress has yet to be nominated, but it looks like the last season will be the charm, especially as the usually victimized Sansa has risen to greater power in recent seasons.

There are other 20-something actors with a shot at awards attention this year in various categories, including MJ Rodriguez and Indya Moore (“Pose”), Stephan James (“Homecoming”), and Eliza Scanlen (“Sharp Objects”), but it looks like the Best Drama Supporting Actress contenders will be the tip of the spear for this generational turnover.