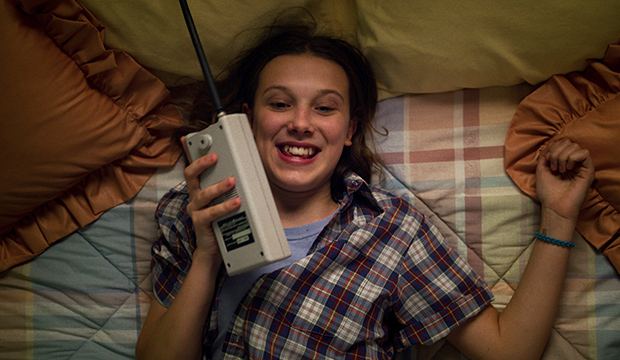 After scoring two Emmy and Screen Actors Guild Awards nominations each for “Stranger Things,” Millie Bobby Brown is ready to turn the world upside down at the Golden Globes. She has yet to receive a Best TV Supporting Actress nomination from the Hollywood Foreign Press Association, but will the third time be the charm for her?

The HFPA has a tendency of rewarding the newest kids on the block, in both the series and acting races, but that doesn’t mean it indubitably gets to you straight away. In fact, here are a few recent examples of actors who scored their first nominations for their shows after initially missing out.

All of the above, excluding Headey, had just come off their first Emmy nominations or even wins for their shows when they received their Globe bids (by that point, Headey had already bagged three Emmy noms). Sometimes actors and shows just need the right amount of precursor support and/or enough buzz to finally be acknowledged by the HFPA. Take AMC’s smash hit “Breaking Bad,” which claimed its first and only two Globes — Best Drama Series and Best TV Drama Actor (Bryan Cranston) — for its final season in 2014.

Brown wasn’t eligible at the Emmys this year since the third season of “Stranger Things” was released more than a month after the deadline, so that does put a dent in her momentum. And while Brown’s popularity was at its peak after her breakout first season, she has continued to deliver the goods ever since. In the third season, Eleven’s arc starts out rather light and breezy as she navigates the highs and lows of being in a teenage relationship, but it becomes more serious when the Mind Flayer reemerges and raises hell in Hawkins. Brown does some of her best work in the season finale (“The Battle of Starcourt”), in which Eleven faces not one but two tragic losses. The emotional gut punch she delivers in the episode’s closing moments could be the perfect reminder for HFPA voters that they are one of the only groups to have not recognized her for this part yet.

Plus, it’s not like they’ve completely ignored “Stranger Things” so far: It’s netted back-to-back Best Drama Series nominations (2017-18), as well as acting bids for both Winona Ryder (Best TV Drama Actress, 2017) and Harbour. And if the pattern of a different actor being acknowledged for each season continues, it might just be Brown’s time this year.

But Brown’s biggest problem is that she’s competing in the the Globes’ supporting category, which considers performances from all genres. Currently, she sits in 20th place in our combined odds; Meryl Streep (“Big Little Lies”), Helena Bonham Carter (“The Crown”), Laura Dern (“Big Little Lies”), Patricia Arquette (“The Act”) and Reese Witherspoon (“The Morning Show”) occupy the first five slots.