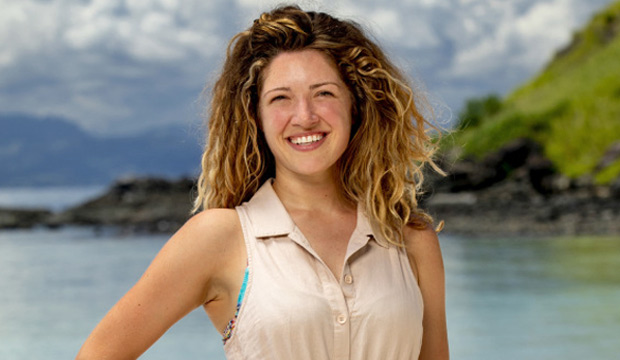 Molly Byman, the second castaway voted out of “Survivor: Island of the Idols,” was admittedly “stunned” to have her torch snuffed by host Jeff Probst. In Wednesday’s episode, this 27-year-old law student from Durham, North Carolina thought she was on top of the world, but had a rude awakening at tribal council when the underdogs (namely Jason Linden, Noura Salman and Lauren Beck) turned the tables on Molly’s game.

SEE‘Survivor’: 4 pros and cons of ‘Island of the Idols’ season 39 premiere — will it be a series best?

“I’m stunned, hurt and frankly dizzy from this blindside,” Molly said in her exit interview at the end of Season 39, Episode 2. “I have seen so many blindsides on ‘Survivor’ and you’re always kind of like, how did they not know? And I truly do not know. I’m not sure exactly where I went wrong or what happened or how this tide turned. I guess I got cocky and I’ve been humbled.”

Molly went into tribal council in a tight three-person alliance with Jack Nichting and Jamal Shipman. However, the other tribe members all agreed she’d be a hard person to eliminate later on thanks to her likeable (and flirtatious) attitude, even comparing her to “Survivor: Micronesia” winner Parvati Shallow at one point. So she had to go.

SEE42% say ‘Survivor’ mentors Rob and Sandra taught their 1st pupil a valuable lesson, but 20% say they made her feel ‘foolish’ [POLL RESULTS]

“Dang … they played her ass,” Sandra Diaz-Twine stated flatly after the blindside. She and Rob Mariano watched the tribal council proceedings from their hidden bungalow and clearly didn’t see Molly’s blindside coming, either.

For the record, Molly received seven votes from Jason, Noura, Lauren, Dan Spilo, Janet Carbin, Kellee Kim and Tommy Sheehan. Jason received two votes from Jack and Jamal. Noura received one vote from Molly. Are you happy Molly is gone, or did the Vokai tribe make a mistake by eliminating her so early in the season?

'America's Got Talent' episode 8 recap: Which acts get four 'yes' votes based on the July 20 auditions…