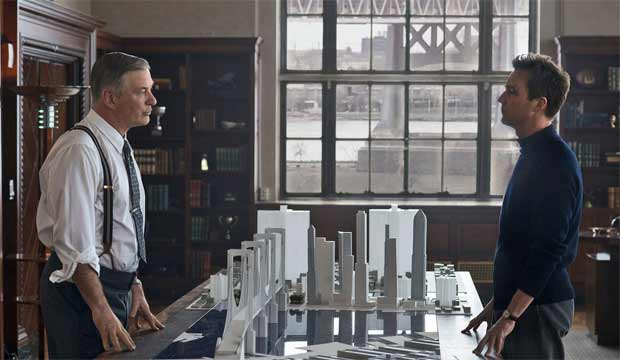 Edward Norton‘s modern film noir “Motherless Brooklyn” is based on a 1999 novel, but it moves the action back to the 1950s, where a private eye (played by Norton) investigates deadly political corruption in New York City. The Oscars often gravitate toward period films, and that’s especially true in craft categories like Best Production Design where films are frequently rewarded for recreating architectural and design details of a bygone era. “Motherless” wouldn’t be the first film to earn a nomination in that category for transporting the audience back to the mid-20th century.

Perhaps the closest comparison for “Motherless Brooklyn” is to “L.A. Confidential,” the 1997 film that was also inspired by film noir and also recreated a 1950s urban setting: in that case Los Angeles as opposed to New York. “Confidential” was an Oscar contender across the board, earning nine nominations including Best Picture and winning for Kim Basinger‘s supporting performance and for Curtis Hanson and Brian Helgeland‘s screenplay. It was nominated for Best Production Design too and might of won it had that not been the year when “Titanic” dominated the competition in craft categories.

But that’s not the only example of films nominated for mid-century urban environs: “The Aviator” (2004) and “The Shape of Water” (2017) both won Best Production Design in recent years when set partly or fully in the mid-20th century. “The Talented Mr. Ripley” (1999), “Road to Perdition” (2002), “Good Night, and Good Luck” (2005), “The Good Shepherd” (2006) and “Bridge of Spies” (2015) spanned the globe, but were set during similar time periods and all received nominations for their production design.

“Motherless Brooklyn” production designer Beth Mickle has worked on a wide variety of projects including “Drive” (2011), “Only God Forgives” (2013), the TV drama “The Deuce” and a pair of upcoming superhero movies: “The Suicide Squad” and “Guardians of the Galaxy, Vol. 3.” She hasn’t been nominated for an Oscar yet, but she has been on the awards radar twice before. “An Englishman in New York” (2009) earned her a BAFTA nomination for Best Production Design, and “Drive” brought her an Art Directors Guild Award bid for achievements in contemporary film. Will she make the cut at the Oscars this time for building “Brooklyn”?