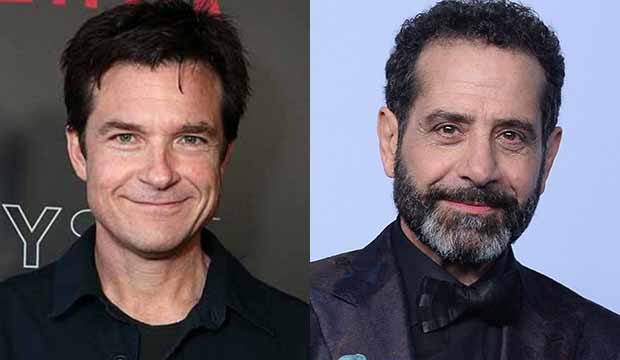 I took some gambles on my predictions Sunday night at the SAG Awards and they really paid off this time. My perfect score on the TV side was the only one of the almost 2,000 people worldwide making picks in the nine categories. Thank you so much to Jason Bateman and Tony Shalhoub for truly being the main reasons I got 100% for the 2019 event!

What were my five hush-hush secrets to help me make this happen?

I had narrowed down to either Bateman or Sterling K. Brown (“This Is Us”), not feeling like the other three men had much of a chance. Brown just won the same category last year, yet SAG voters love repeats. But since I was convinced the “This Is Us” ensemble would take the trophy again in a repeat, it freed me up to go with Bateman for an upset. Bateman has been a Screen Actors Guild member since he was just a child (“Little House on the Prairie,” “Silver Spoons” and more). And “Ozark” way overperformed with nominations, so it seemed like they wanted to give that show something. Being on Netflix also helped him, as that company has won lots of SAG Awards in recent years.

This pick really makes me proud! I learned a lesson from two years ago when vote-splitting allowed Bryan Cranston to win the movie/limited series award for “All the Way.” He defeated two men from “The Night Of” (Riz Ahmed, John Turturro) and two from “The People v. O.J. Simpson” (Sterling K. Brown, Courtney B. Vance). Vote splitting doesn’t always happen, but I notice it more when I think voters are really struggling between two people on the same program or film. For Sunday’s ceremony, Shalhoub was the sole nominee from his show up against two men from “The Kominsky Method” (Michael Douglas, Alan Arkin) and two from “Barry” (Bill Hader, Henry Winkler).

I didn’t predict Criss at the Emmys (choosing Benedict Cumberbatch) or the Golden Globes (choosing Hugh Grant). I learned my lesson and wasn’t about to miss out on him again.

It was a tough selection going with Arquette over Amy Adams (“Sharp Objects”). Adams should have been a pretty easy victory at the Golden Globes since she is the bigger film star, but Arquette beat her there. Knowing that, I figured this same scenario should work again with SAG Awards voters. We’ll see these two ladies face off again next September at the Emmys, and I’ll almost certainly choose Arquette yet again.

All five nominees were well chosen and a case could be made for each of them (especially “Westworld”). With the focus of “GLOW” being on wrestling and so many scenes involving the stunt women and men, this one seemed like an obvious choice. It also helped that perennial winner “Game of Thrones” wasn’t eligible this time. And that “GLOW” was the only one of the five nominees also nominated for its acting ensemble.

Almost everybody was predicting the other comedy winners (“The Marvelous Mrs. Maisel,” Rachel Brosnahan), plus drama actress winner (Sandra Oh), so I can’t claim too much credit for getting those right. With this perfect score on the TV side and only missing one category for film (Emily Blunt for supporting actress), it was my overall best score ever for a major televised awards show.