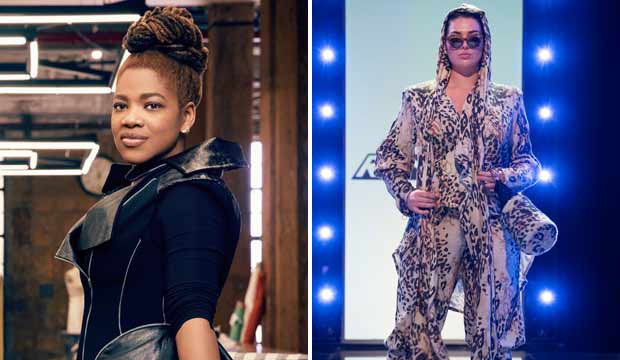 One day you’re in, and the next you’re out. Nowhere was that “Project Runway” catchphrase more evident than in the rise and fall of Nadine Ralliford, who was one of the front-runners to win the season early on according to our users, but who was eliminated last week in 14th place. We asked fans what they thought of that outcome, and they overwhelmingly agreed with the judges’ decision to send her home, even though the week before our readers thought she was on the right side of a heated conflict. Scroll down for our complete poll results at the bottom of this post.

Ralliford seemed irritated for most of her time on “Runway,” but our readers thought her frustration was justified in “The Future is Here,” during which she was assigned to a team with Hester Sunshine. Ralliford’s design was compromised by Sunshine’s demands for a particular fabric, so she lashed out, calling Sunshine a “high-strung baby” and likening her to “Freddy Krueger” for borrowing and then mangling Ralliford’s fabric.

But if her anger found the right target in “The Future,” it was drastically misplaced in “All the Rage,” when she had to create a head-to-toe look out of a single print. She threw her model under the bus, arguing that her curvier figure inhibited Ralliford’s design and that the model’s poor walking failed to show off the garment properly. The judges were as annoyed by Ralliford’s treatment of her model as they were by her unflattering design.

An overwhelming 89% of fans agreed that she deserved to be sent home. Only 8% thought it should have been Rakan Shams Aldeen, who was in the bottom two but safe. Hardly anyone would have eliminated Garo Sparo. And 3% would have booted another designer who wasn’t in the judges’ bottom three. What did you think? Check out our results below. 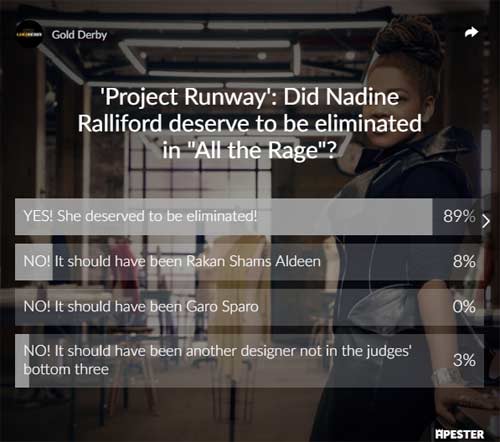