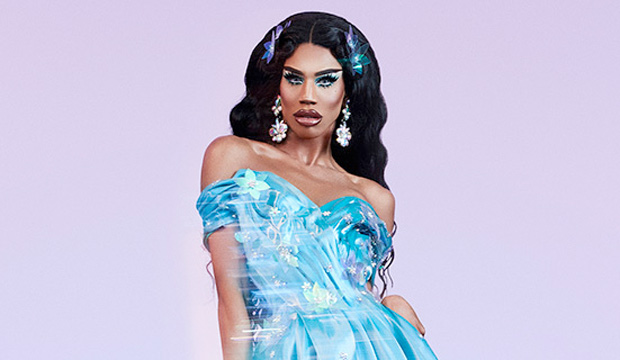 Heading into last week’s eighth episode of “RuPaul’s Drag Race” All Stars Season 4, Naomi Smalls readily admitted that she’d been playing under the radar. She hadn’t won a challenge. She hadn’t made any big moves. Well, all of that changed when Naomi won the “Best Judy” makeover challenge and made the eye-popping decision to eliminate Manila Luzon, arguably the best drag queen in the competition. Did Naomi make the right choice? Or do you think she ruined the spirit of the game? Fans are divided, so give us YOUR thoughts by voting in our poll below.

Prior to her elimination episode, Manila was the only competitor to win three challenges and never be in the bottom two even once. That made her a huge threat to win the ultimate prize of $100,000 and a place in the coveted “Drag Race” hall of fame. However, Manila’s domination of VH1’s reality TV show hit a snag in Episode 8 when she found herself in the bottom next to Latrice Royale, her BFF and former “All Stars” Season 1 sidekick.

As luck would have it, just one week prior Naomi was in the bottom two and Latrice, the challenge winner, chose to save Naomi by instead eliminating Valentina. That decision greatly weighed on Naomi’s mind after winning this week’s makeover challenge: does she betray Latrice who just protected her the previous week, or does she send home the strongest queen in the competition? Well, Manila soon found herself sashaying away, and “RuPaul’s Drag Race” fans have been freaking out ever since.

“Sometimes things don’t go your way,” Manila told Michelle Visage in her “Whatcha Packin’” after-show soon after her elimination. This was Manila’s third time competing in the “Drag Race” franchise after appearing in Season 3 of the main series and Season 1 of the “All Stars” edition. “Back then it was a lot easier. We didn’t know what we were doing half of the time,” Manila declared, referring to how the competition has changed over the past decade.

Manila believed that her being in the top for three weeks was part of the reason she was eliminated, explaining, “It was getting to a point where everyone knew that Trinity the Tuck and Manila were the ones that we have to beat. For the other girls, in order for them to get further ahead, they had to take out one of the big girls to guarantee them space in the competition. It was their chance.” It doesn’t sound like Manila has any hard feelings for Naomi, but do YOU? Vote now in our poll below.