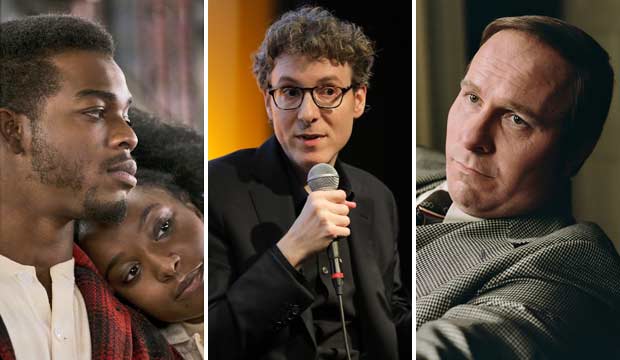 This year the Oscars narrowed down the race for Best Original Score to a shortlist of 15 contenders from which the final 5 nominees will be chosen. That makes it all the more impressive that Nicholas Britell made the cut twice, for both “If Beale Street Could Talk” and “Vice.” Could he now join an exclusive club of music makers who have been nominated twice in the same category?

Only four composers in the last 30 years have been nominated twice for Best Score. Thomas Newman doubled up for “Little Women” and “The Shawshank Redemption” (1994). James Horner picked up a pair of bids for “Apollo 13” and “Braveheart” (1995). Alexandre Desplat received matching noms for “The Grand Budapest Hotel” and “The Imitation Game” (2014). And John Williams … well, John Williams does it constantly. The man behind the music of “Star Wars,” “Indiana Jones,” “Harry Potter” and much more has been a double nominee eight times over the course of his career, most recently when he contended for Steven Spielberg’s pair of films “The Adventures of Tintin” and “War Horse” (2011).

The romantic drama “Beale Street” and the political satire “Vice” have precious little in common, so Britell might get extra credit from Oscar voters for his versatility. And he’s a recent favorite of the academy, having been nominated two years ago for the Best Picture winner “Moonlight.” But he lost that race to Justin Hurwitz (“La La Land”), so the Oscars may want to make it up to him.

As of this writing, though, Britell is only predicted to receive one nom based on the combined forecasts of thousands of Gold Derby users. He currently ranks second for “Beale Street” with odds of 4/1. He may be foiled again by Hurwitz, who is once again the front-runner, for “First Man” this time around. But six of the Expert journalists we’ve polled from top media outlets say Britell’s “Beale Street” music will upset: Wilson Morales (BlackFilm), Perri Nemiroff (Collider), Kevin Polowy (Yahoo), Christopher Rosen (TVGuide.com), Peter Travers (Rolling Stone) and Glenn Whipp (LA Times).

SEERegina King (‘If Beale Street Could Talk’): ‘This is a film that everyone should see’ [Complete Interview Transcript]

While our odds aren’t anticipating a nomination for Britell’s “Vice” score, one of our Experts, Jeffrey Wells (Hollywood Elsewhere), is going out on a limb to predict an upset win for that composition. So that’s seven total Experts who expect Britell to go home with some hardware on Oscar night. And he’ll have a couple of chances to win precursor prizes between now and then since he’s nominated at the Critics’ Choice and BAFTA Awards for “Beale Street.”

But even if Britell is only nominated once at the Oscars, maybe that’s a good thing. Desplat won for “Budapest Hotel” the year he double-dipped four years ago, but before that the last time a multiple nominee prevailed was Williams when he won for “Star Wars” and was also nominated for “Close Encounters of the Third Kind” way back in 1977. Maybe you really can have too much of a good thing.