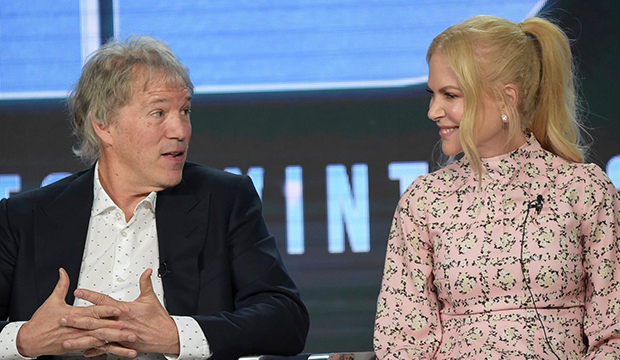 There may not be a third season of “Big Little Lies,” but Nicole Kidman is not done working with her “Big Little Lies” team. The Emmy champ will star in Hulu’s series adaptation of “Nine Perfect Strangers,” the latest best-seller from “Big Little Lies” author Liane Moriarty, the streaming service announced Wednesday during its upfront presentation. David E. Kelley, who adapted “Big Little Lies” for HBO and serves as executive producer, is on board to co-write and serve as co-showrunner with John Henry Butterworth.

Set at a health and wellness resort, “Nine Perfect Strangers” follows nine stressed-out city dwellers who go there to unwind. Kidman will play Masha, the resort’s director who’s determined to reinvigorate their minds and bodies. Of course, nothing is what it seems and “these nine ‘perfect’ strangers have no idea what is about to hit them,” per the logline.

SEE ‘Big Little Lies’ Season 2 will premiere in June, so yes, it will miss this year’s Emmys

Kidman, who won two Emmys for “Big Little Lies” (Best Limited Series and Best Limited Series/TV Movie Actress), will also executive-produce alongside her producing partner Per Saari and Bruna Papandrea, both of whom also produced “Big Little Lies.” So basically this is one “Big” family reunion. What are the chances the Monterey 5 will be some of these perfect strangers?

“Nine Perfect Strangers,” which received a straight-to-series order, is slated to drop on Hulu in late 2020, which means Kidman will be Emmy eligible in 2021. So close, yet so far away. That’s just as well since she’s gonna be a permanent presence on the small screen for the next year anyway. Including the upcoming second season of “Big Little Lies,” which premieres June 9, this is the third TV series that Kidman has on deck. She’s currently filming “The Undoing,” an HBO limited series with Kelley opposite Hugh Grant. Just give her all the Emmys already.