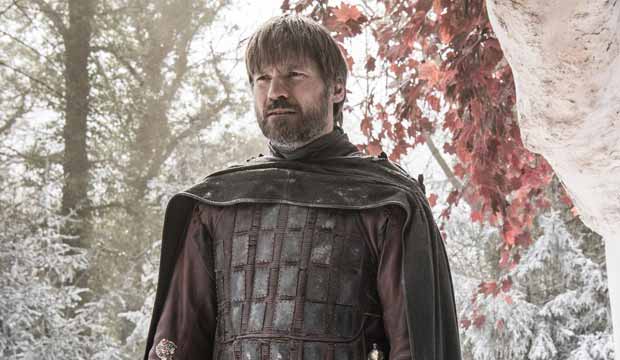 Most of the Emmy talk for Best Drama Supporting Actor this season has revolved around Peter Dinklage for the last season of “Game of Thrones.” He already holds the record for the most nominations in the category (seven) and he’s tied with Aaron Paul for the most wins (three). But should we be paying more attention to his on-screen big brother Nikolaj Coster-Waldau in this year’s race? A few of the Expert journalists we’ve polled think so.

As of this writing Dinklage is way out front with leading odds of 69/20 based on the combined predictions of thousands of Gold Derby users. But three Experts think Coster-Waldau will pull off an upset: Thelma Adams (Gold Derby), Nikki Novak (Fandango) and Matt Webb Mitovich (TVLine).

This would be the second nomination for Coster-Waldau, who finally broke through at the Emmys in 2018, so we know the television academy is catching on to him. And while his character, the incestuous and sometimes murderous Jaime Lannister, is morally ambiguous to say the least, he had sympathetic moments in the final season, when he betrayed his despotic sister/lover Cersei (Lena Headey) to fight the Night King’s army and then knighted Brienne of Tarth (Gwendoline Christie) in one of the season’s most admired scenes.

Granted, he ultimately broke Brienne’s heart when he left her to try to protect his still-despotic sister/lover, but voters might still feel for Jaime after he impaled the sniveling Euron Greyjoy (Pilou Asbaek) and then was crushed to death with Cersei under the collapsing Red Keep.

However, Dinklage had a season full of meaty speeches and moral dilemmas as he wrestled with himself over his support for another burgeoning despot, Daenerys Targaryen (Emilia Clarke). It all ended with him essentially naming the new leader of Westeros, Bran (Isaac Hempsted Wright). He’s the only actor who has ever won an Emmy for “Game of Thrones,” and he has won with less material than he had this year, so Dinklage may be tough for Coster-Waldau to unseat, unless voters feel like Dinklage has had enough and want to give a big hand to his one-handed co-star.