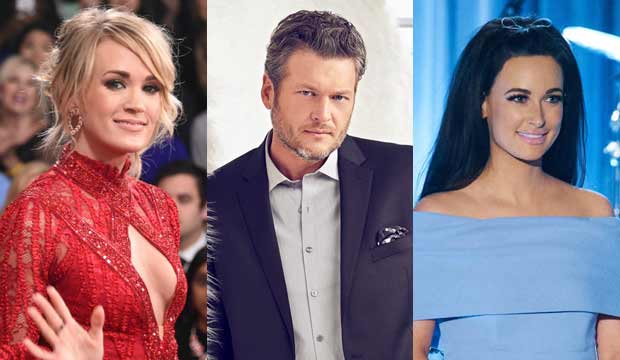 The 53rd Annual Country Music Association Awards will be presented tonight, November 13, during a live telecast on ABC hosted by Carrie Underwood with Reba McEntire and Dolly Parton. But who will take home top honors? Scroll down for our official odds in 11 categories from Entertainer of the Year to Music Video of the Year.

Our odds are calculated from the combined predictions of hundreds of Gold Derby users who have made their forecasts here in our predictions center since the nominations were announced. They include Gold Derby Editors who cover awards year-round for the site, our Top 24 Users who got the highest scores predicting last year’s CMA winners, the All-Star Top 24 who got the highest scores when you combine prediction results from recent years, and the everyday Users who make up our largest bloc. One of those Users usually makes mincemeat of the rest of us with their savvy picks.

Maren Morris enters these awards with the most nominations (six), but we’re expecting the association to spread the wealth. Morris is the front-runner to win Album of the Year for “Girl,” but CMAs host Underwood is expected to come away with two top prizes: Entertainer of the Year (a rare achievement for a woman) and Female Vocalist of the Year. Kacey Musgraves is also tipped to win twice: Song of the Year and Music Video of the Year (both for “Rainbow”).

SEECould the CMAs pick a woman for Entertainer of the Year for the 1st time since Taylor Swift almost a decade ago?