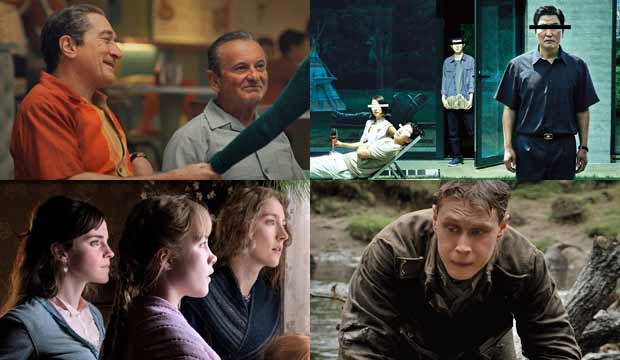 The 2020 Critics’ Choice Award nominations will be announced on Sunday, December 8. Presented by the journalists who make up the Critics’ Choice Association, these kudos celebrate the best achievements in film and television, and they tend to correlate strongly with the Oscar nominations. So who will make the cut this weekend? Scroll down for our official predictions in 10 categories listed in order of their racetrack odds, with our projected winners highlighted in gold.

Our odds are calculated by combining the predictions of more than 1,000 Gold Derby readers like you who have registered to make their forecasts here in our predictions center. That includes Expert journalists from top media outlets, the Editors who cover awards year-round for Gold Derby, the Top 24 Users who got the highest scores predicting the last Critics’ Choice nominations, and of course the large bloc of everyday Users, one of whom usually outsmarts the rest of us with their predictions.

The Critics’ Choice Awards and Oscars have agreed on Best Picture six times in the last 10 years: “The Hurt Locker” (2009), “The Artist” (2011), “Argo” (2012), “12 Years a Slave” (2013), “Spotlight” (2015) and “The Shape of Water” (2017). So they’re not always on the same page as the motion picture academy when picking the year’s best film, but they do tend to agree on the slate of nominees. Last year seven of the eight Oscar nominees were in contention at the Critics’ Choice Awards first. The year before that eight out of the nine Oscar nominees picked up Best Picture bids from these critics.

We’re predicting that “The Irishman” will win the Critics’ Choice Award for Best Picture, and the nine films we’re expecting to join it in the top race are “Parasite,” “Once Upon a Time in Hollywood,” “1917,” “Marriage Story,” “Little Women,” “Jojo Rabbit,” “Joker,” “The Farewell” and “Ford v Ferrari.” Do you agree that will be the lineup? And will we see most of those films at the Oscars too? Check out the rest of our forecasts below.

SEE‘The Irishman,’ ‘Marriage Story’ and ‘Once Upon a Time in Hollywood’ will be top Golden Globe nominees for film