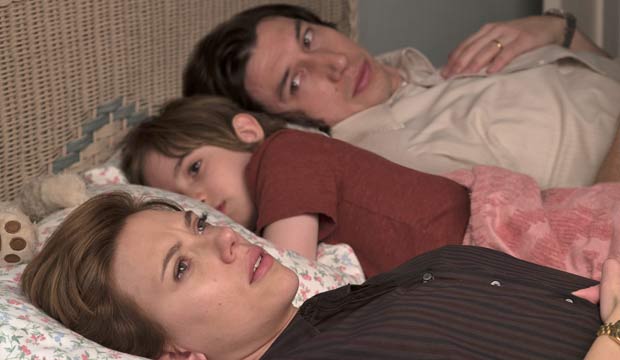 The 2019 Gotham Awards will be handed out tonight, December 2, during a ceremony at Cipriani Wall Street in New York City. So who will the winners be? Scroll down for our official predictions in nine categories. Those predictions are based on the combined forecasts of more than 1,000 Gold Derby users who have placed their bets here in our predictions center. Nominees are listed in order of their racetrack odds with our project winners highlighted in gold.

These kudos are handed out by the Independent Filmmaker Project, a nonprofit that supports indie films. But individual categories are decided by small juries of industry peers, and we think they’ll find in favor of “Marriage Story,” Noah Baumbach‘s lacerating drama about a couple’s divorce. It’s the front-runner to win Best Feature, though we think voters will spread the wealth in other categories.

We’re betting that “Marriage” will be narrowly overtaken by “The Farewell” for Best Screenplay — that film is also tipped to win Best Actress for Awkwafina. And “Marriage” star Adam Driver faces a tough race for Best Actor against Willem Dafoe‘s acclaimed turn in the briny horror film “The Lighthouse.”

These awards also include two prizes honoring the best in TV, where Hulu’s “Pen15” takes on Netflix’s “Russian Doll” for Breakthrough Series (Short Form), while HBO’s “Chernobyl” is narrowly favored to win Breakthrough Series (Long Form) over Netflix limited series “When They See Us” in an Emmy rematch. But no matter what happens there, “When They See Us” writer-director Ava DuVernay is guaranteed to come away a winner since she’ll receive a special tribute award. Actors Sam Rockwell and Laura Dern and producer Glen Basner will also be feted.

It’s hard to predict which way those small juries will go in any given year — last year ended in a upset victory for the underdog drama “The Rider” — so do you think our odds are right on the mark or dead wrong. Make or update your predictions here before tonight’s show.

SEEWill Gotham Awards foretell Best Picture Oscar like they did with ‘Spotlight’ and ‘Moonlight’? Make your predictions now

Be sure to make your Gotham predictions so that Hollywood insiders can see this year’s contenders are faring in our Gotham odds. You can keep changing your predictions until winners are announced on December 2. And join the discussion on this and more taking place right now with Hollywood insiders in our movies forums. Read more Gold Derby entertainment news.