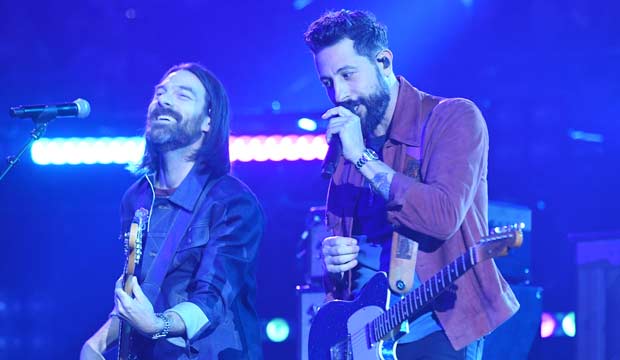 Old Dominion took us by surprise by winning Group of the Year at the Academy of Country Music Awards in 2018 against front-runners Little Big Town. Are we underestimating them again this year? We think Town will take back their title on April 7 when the 2019 awards are handed out, but Old Dominion are right on their heels.

Last year none of Gold Derby’s Editors, Top 24 Users or All-Star Top 24 predicted the Old Dominion upset. In fact, out of hundreds of users who made their predictions in last year’s event, only 13 saw that coming. But if they win this year it won’t be nearly as big a surprise. Among our Editors, I’m currently predicting an Old Dominion repeat, and so are 9 of our Top 24 who got the highest scores predicting the 2018 winners and 13 of our All-Star Top 24 who had the best predictions when you combine the last two years’ results.

It helps Old Dominion that this category favors repeat winners. In the 21st century alone the award for Group of the Year was won by Rascal Flatts seven times (2003-2009), Lady Antebellum three times (2010-2012) and Little Big Town four times (2013, 2015-2017). But maybe that means Old Dominion’s victory last year was a fluke and Little Big Town will simply resume their winning streak.

That’s what most of our users think. As of this writing Little Big Town are the front-runners to win their fifth Group of the Year prize with leading odds of 82/25. Old Dominion are next with odds of 37/10. It seems like it could go either way since neither Little Big Town nor Old Dominion have any other nominations this year, so it’s hard to tell which group might have more academy support. So which team are you on?