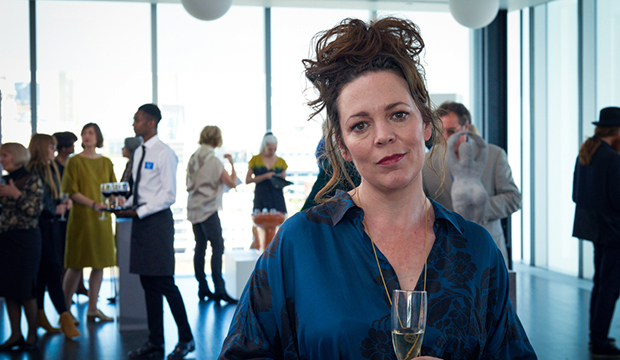 What a difference a couple of months make. Just two months ago, Olivia Colman had a chance to get three Emmy nominations this year and our readers thought she’d get two max. Now? She only has a chance to get one — one that is by no means a lock, which means she could walk away with zero bids.

At the time of her Best Actress Oscar win for “The Favourite,” Colman ostensibly had three TV projects in play: “The Crown” (Best Drama Actress), “Fleabag” (Best Comedy Supporting Actress) and “Les Misérables” (Best Limited Series/TV Movie Supporting Actress). In mid-March, Netflix confirmed that Season 3 of “The Crown,” in which Colman takes over the role of Queen Elizabeth II from reigning Emmy champ Claire Foy, will not premiere by the May 31 deadline, bringing her possible Emmy nomination tally down to two.

Last week, that number fell to one; as Gold Derby exclusively revealed, PBS is not submitting Colman for “Les Misérables,” in which she plays Madame Thénardier. Colman’s personal reps could still submit her themselves, but let’s assume they’re not going to.

That leaves “Fleabag” as her only gateway to a nomination this year. Colman, who plays Fleabag’s (Phoebe Waller-Bridge) godmother-turned-stepmother, is in the precarious sixth spot in our comedy supporting actress odds, trailing Alex Borstein (“The Marvelous Mrs. Maisel”), Kate McKinnon (“Saturday Night Live”), Anna Chlumsky (“Veep”), Betty Gilpin (“GLOW”) and Marin Hinkle (“The Marvelous Mrs. Maisel”). Season 2, which is also the last season of “Fleabag,” has already aired in the U.K. and premieres on Amazon Prime on May 17. Colman’s and Waller-Bridge’s increased profiles could definitely give “Fleabag” a boost, but the first season, which premiered in September 2016, failed to get any attention from the TV academy. If that happens again, Colman won’t be shortlisted at all this year, which 2 percent of our readers projected — albeit under the impression that she would be on the ballot three times.

Don’t feel bad for her if she gets shut out though: You know there’s a slot with her name on it next year for “The Crown.”