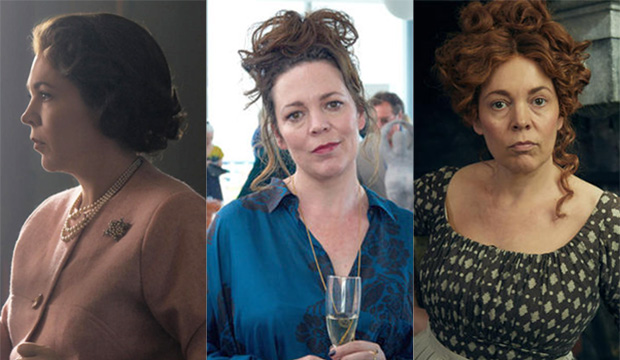 Now that she has an Oscar for “The Favourite,” Olivia Colman could be halfway to an EGOT in seven months — and she might have three chances to do it. The Best Actress champ could appear on the Emmy ballot not once, not twice, but three times. Can she pull off a hat trick of nominations?

Colman’s most obvious potential bid would be for “The Crown,” in which she’s inherited the role of Queen Elizabeth II for Seasons 3 and 4 from reigning Best Drama Actress champ Claire Foy. Production just wrapped and Netflix has been tight-lipped about the third season’s release date, but after Colman’s upset win over Glenn Close (“The Wife”) and her delightful speech, TPTB would be fools not to capitalize on Colman’s heat right now. Netflix could follow the same model it used last year to ensure that “Unbreakable Kimmy Schmidt,” whose production was delayed for Tina Fey‘s “Mean Girls” musical, didn’t miss an Emmy cycle: release the first six episodes before the May 31 deadline, with the back half the season to come later.

The drama actress race is also wide open as Sandra Oh (“Killing Eve”) is the only eligible returning nominee from last year, so Colman ought to easily snatch a spot if “The Crown” is released in time. In our early odds, Colman is predicted to win.

In case you’ve forgotten since the first season of “Fleabag” premiered way back in September 2016, Colman plays Fleabag’s (Phoebe Waller-Bridge) godmother-turned-stepmother on the critically acclaimed comedy. She’s back in Season 2, which drops on Amazon Prime on May 17, putting her in contention for a bid in Best Comedy Supporting Actress, where she’s sixth in our odds.

Waller-Bridge, who also created “Killing Eve,” was ecstatic about Colman’s Oscar win, telling Entertainment Weekly, “I’ve literally never screamed so much at a TV. And her speech! Everything about that woman. Everything about her. She’s classic. … Yes, we have an Academy Award winner in Fleabag Season 2.”

Colman’s third Emmy nomination could come in the Best Limited Series/TV Movie Supporting Actress race. She played Madame Thénardier in the BBC One miniseries adaptation of “Les Misérables” that also starred Dominic West, David Oyelowo and Lily Collins. The six-part series is scheduled to premiere stateside on PBS Masterpiece on April 14. Colman, who was nominated in this category in 2016 for “The Night Manager,” is currently just outside the top six, in eighth place, in our odds.