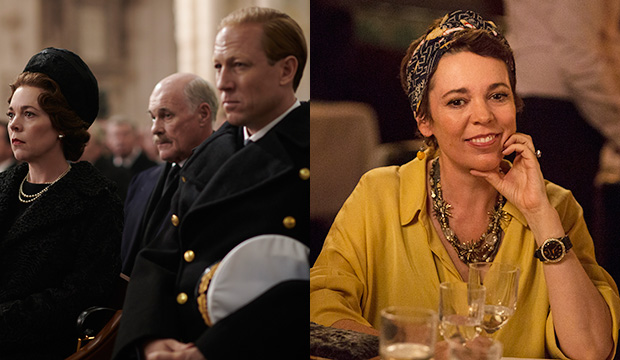 Olivia Colman has never won a Screen Actors Guild Award before, but she may very well reign supreme by the end of next month’s ceremony: The Oscar winner could become the first person to win three SAG Awards in one night.

Lots of actors have snagged two statuettes in one night — not a particularly hard task if you’re up in an individual and an ensemble category. Helen Mirren and Idris Elba are the only people to have claimed two individual awards in one night, both in film and TV; the former won lead actress for “The Queen” (2006) and limited series/TV movie actress for “Elizabeth I,” while the latter received supporting actor for “Beasts of No Nation” (2015) and limited series/TV movie actor for “Luther.”

Colman is nominated for TV drama actress and drama ensemble for “The Crown,” and comedy ensemble for “Fleabag.” And lo and behold, our early odds currently have her winning all three. The “Fleabag” prediction is arguably the least surprising since the reigning Emmy champ has been everyone’s obsession since the second season debuted in May.

Many have also penciled in Colman for an awards sweep since her casting as Queen Elizabeth II on “The Crown” was announced, so should she win drama actress, that wouldn’t be surprising either. We already know the SAG Awards loves “The Crown” (and Netflix), having twice awarded Claire Foy — the second one being a upset over Elisabeth Moss (“The Handmaid’s Tale”). But Colman is up against a co-star, Helena Bonham Carter — something Foy never had to face — so vote-splitting could be a factor, paving the way for, say, Jennifer Aniston to win; “The Morning Show” did better than expected with three bids, though it didn’t make ensemble.

Despite three wins, the SAG Awards has yet to, uh, crown “The Crown” with drama ensemble honors (the other victory was for John Lithgow in the first season). The cast lost the first two times to those of “Stranger Things” and “This Is Us,” respectively. “This Is Us” was snubbed this year, but “Stranger Things” is back, along with “Handmaid’s,” the star-studded ensemble of “Big Little Lies” and “Game of Thrones,” which has never won before — this or any non-stunt SAG category. In other words, it feels pretty open, so maybe the third time will be the charm and Colman will make history.