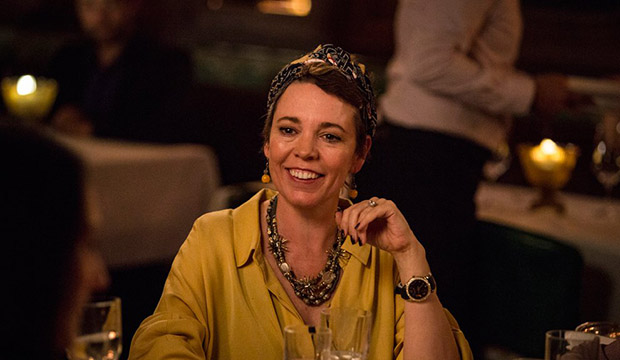 With “The Crown” missing eligibility and “Les Miserables” not submitting her, Olivia Colman can now only get one Emmy nomination this year, in Best Comedy Supporting Actress for “Fleabag.” And 43 percent of you think she’ll do it.

Colman, who plays Fleabag’s (Phoebe Waller-Bridge) godmother-turned-stepmother, is currently in the sixth and final spot in our predictions, behind Alex Borstein (“The Marvelous Mrs. Maisel”), Kate McKinnon (“Saturday Night Live”), Anna Chlumsky (“Veep”), Betty Gilpin (“GLOW”) and Marin Hinkle (“The Marvelous Mrs. Maisel”). But she may start inching her way up soon now that Season 2 of “Fleabag” has dropped stateside on Amazon Prime to, just like in the U.K. earlier this spring, absolute raves and adoration. It carries a 96 on Metacritic and is Hollywood’s current favorite show if you’ve been on Twitter the past week.

Ok we can stop making TV now. I just finished Fleabag, and we’re all done here.

In an effort to savor it I’m watching Fleabag season two slowly but goddamn if the first episode isn’t the most pristinely written episode of television….

Okay, I finally watched FLEABAG, it was fine I guess but I have an issue, minor spoilers – at the end, how do I watch anything else or make anything else or live my life or breathe or feel or care or walk or fly did I fly am I here is it me do I live though this now what how but

Everyone was right. Fleabag is stunning and heartbreaking and makes me feel all the things I want to and don’t want to feel. So fuck all of you for being right.

There is only one person who can fix Brexit, make you forget Farage exists , fix season 8 of GOT and make trump’s visit to the UK a distant nightmare. That person is Phoebe Waller-Bridge. Olivia Coleman could also, but that is another tweet. #escape @fleabag S2

Jesus Christ. You assholes weren’t overselling #Fleabag, were you.

SEE Olivia Colman’s Emmy nomination ceiling is now down to 1 — will she get it?

The first season of “Fleabag,” which premiered in September 2016, didn’t get any Emmy attention. But both Colman and creator and star Waller-Bridge have become bigger, award-winning names since then, which could go a long way when you’re on the bubble for a nomination, and in this case, untested at the Emmys for this show (Colman and Waller-Bridge have been nominated for “The Night Manager” and “Killing Eve,” respectively).

However, 40 percent of our readers think Colman will be left out in the cold this year, which would be a shame since for a brief period the Oscar champ had the potential to get three Emmy nominations this year. The remaining 17 percent think it’s too soon to say without having seen the season yet. So get on it!