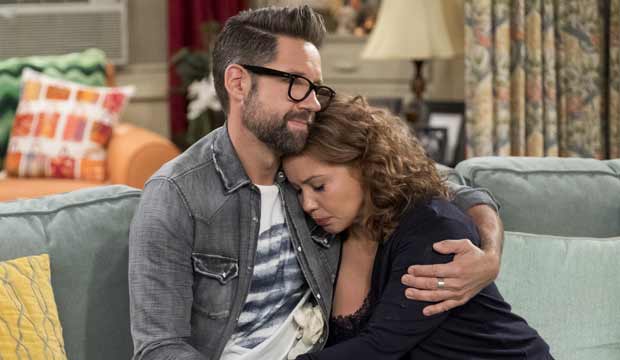 “Oh this is some bull,” tweeted Rolling Stone TV critic Alan Sepinwall about Netflix’s announcement on March 14 that they’re cancelling “One Day at a Time” after three seasons. Well, Sepinwall tweeted a gif of Justina Machado from the show saying that, but the sentiment applies across the internet, from Twitter to our own forums.

Netflix‘s statement on Twitter read, “We’ve made the very difficult decision not to renew ‘One Day at a Time‘ for a fourth season. The choice did not come easily — we spent several weeks trying to find a way to make another season work but in the end simply not enough people watched to justify another season.” Though the streaming service has been notoriously mum about what the viewership figures for its shows and movies actually are.

But is it possible the series could find another home? There’s no shortage of cable, TV and streaming outlets these days. It wasn’t long ago that “Brooklyn Nine-Nine” was picked up by NBC after being cancelled by FOX, and now “Brooklyn” is coming back for yet another season. As “One Day” co-star Isabella Gomez tweeted, “We might find #ODAAT another home. This isn’t over yet.” Lin-Manuel Miranda, a champion of the show, concurred: “Not over by a long shot.” Their lips to Amazon or Hulu’s ears.

Check out a few of the reactions of our forum posters below along with tweets from the cast, crew and fans of the series.

SEEEmmy spotlight: Todd Grinnell (‘One Day at a Time’) shines as Schneider in season 3 and lives up to Pat Harrington’s legacy

moviefan617: “Man, this f*cking sucks. This show was so wonderful. It was telling important stories and revitalizing a dormant format. I know Gloria Calderon Kellett has multiple pilots in production this season, but I hope the cast is able to land on their feet (get Justina Machado in a starring vehicle ASAP). I will so miss this beautiful little show.”

Sean Phillips: “Netflix seems to be cancelling or forcing a lot of shows to have finales when they don’t have any ownership in them. A lot of these shows they licensed when they wanted to make a name for themselves in original content and now that they have they’re purging the outside shows.”

Annnnd, we might find #ODAAT another home. This isn’t over yet. https://t.co/lCB0vSnCWF

This is really sad for literally everyone. https://t.co/nSRiCV404W

Latinx people deserve to see themselves on screen, & not just as flat stereotypes, but as the flushed out beautiful whole beings they are. That is what Gloria and her team achieved. I wish you all could have weighed the power of representation and transformative work over $