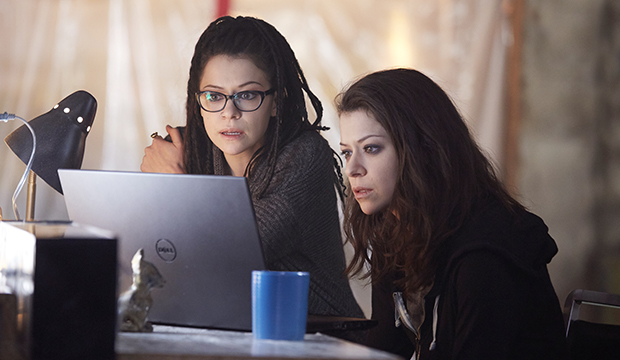 The Clone Club is living on. Because reboot/revival fever will leave no dead show unturned, a new “Orphan Black” series is in development at AMC, according to our sister site Variety.

Temple Street Productions, which produced the OG “Orphan Black,” will oversee this new take and is currently taking pitches from writers, Variety reports.  The new series would not be a direct spin-off or a reboot, but a new story set in the same world — kind of like the new “Buffy the Vampire Slayer” series. So, yes, this is the birth of the “Orphan Black” Universe.

Original creators John Fawcett and Graeme Manson are not currently part of the new series, according to Entertainment Weekly. The project might also switch homes to original network BBC America, or air on both sister networks BBC America and AMC, which is what “Killing Eve” is doing for Season 2.

SEE Tatiana Maslany is the decade’s Best Drama Actress Emmy winner, according to you

No word on if Tatiana Maslany‘s Sarah Manning will be involved, but with Sarah’s numerous clones, there’s certainly lots of possibilities. They could also introduce a clone we never met on the original for Maslany to play.

This news comes less than two years since “Orphan Black” ended its five-season run in August 2017. It took a few years for Emmy voters to get on board with the critically acclaimed but little-seen drama, but Maslany eventually earned three Best Drama Actress Emmy nominations, winning in 2016, for her performance. She also won two Critics’ Choice Awards and the Television Critics Association Award. Playing multiple characters and making each one distinct from the last is high-key Emmy bait, so if “Orphan Black” 2.0 gets off the ground, best to keep an eye on the new clones.