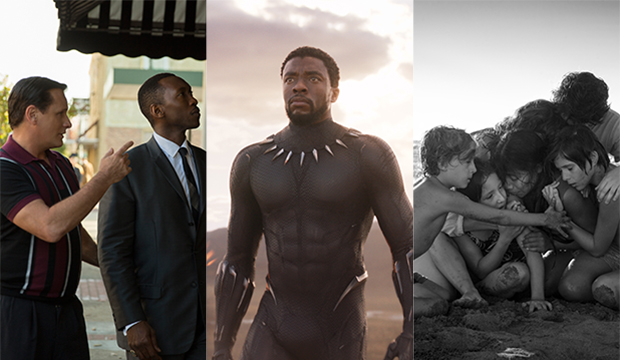 As expected, Alfonso Cuaron won Best Feature Film for “Roma” at Saturday’s Directors Guild of America Awards. He’s well on his way to win his second Best Director Oscar since DGA and the academy have only mismatched seven times in 70 years. But what does this mean for Best Picture? His victory means that three different films have now won the top prizes at the three major guilds, Producers Guild (“Green Book”), Screen Actors Guild Award for ensemble (“Black Panther”) and Directors Guild, for the fifth time ever. So who has the edge for Best Picture now?

In these four three-film splits, DGA dictated the Best Picture winner twice (“A Beautiful Mind,” “Million Dollar Baby”), while PGA (“Gladiator”) and SAG (“Spotlight”) each did it once. It’s not that surprising that DGA has the dominant record, even if it is just by one, since there is historically a strong tie between director and picture. There have just been 16 instances where the DGA-winning film did not go on to win Best Picture.

Of note, the 2015 race was the only one before this year that took place under the expanded Best Picture lineup with the preferential ballot, and SAG presaged the Best Picture champ for the first time with “Spotlight.” However, it’s still unlikely that “Black Panther,” which is in sixth place in our predictions, will walk away with the Oscar as it’s missing above-the-line nominations and some voters will still turn their noses up at a superhero film.

“Roma” and “Green Book,” which are in first and second, respectively, in our predictions, are very plausible winners — one is prestigious and admired, and the other is generally well-liked by moviegoers and clearly the industry — but both also have certain things working against them that might land them low on some voters’ ballots. “Roma” has the Netflix, foreign language and black and white factors, while “Green Book” has weathered numerous controversies from its throwback messaging on racism to co-writer Nick Vallelonga‘s anti-Muslim tweet being exposed. It all depends which one of them can snag those second and third placements on other ballots.

The safest bet right now is “Roma,” based on its 10 nominations, the director/picture link, and DGA being the final say in most of these three-way splits, but who knows? This year has been so unsettled that it wouldn’t be surprising if a non-PGA/SAG/DGA winner prevailed.