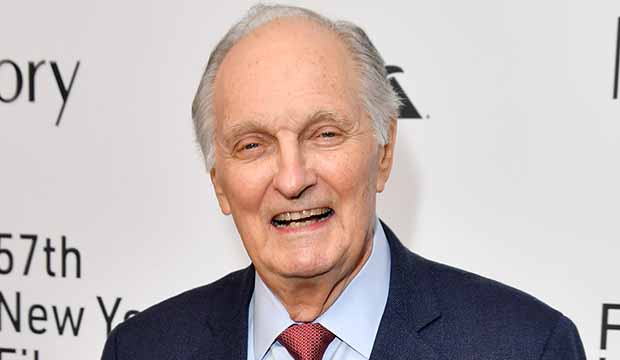 As we close out another decade, it’s going to be a really special year for a few actors and actresses during awards season. During those 10 years, at least 10 performers have waited at least that long just to get back in at the 2020 Oscars (at least in acting categories). Which ones are included in our photo gallery above? Our list only includes the people that currently have better than 100-1 odds in our Academy Awards predictions center.

Almost all of those included below have also been previous Oscar winners, including Tom Hanks, Charlize Theron and Renee Zellweger.

ALAN ALDA (“MARRIAGE STORY”)
He currently has 78/1 odds for Best Supporting Actor. Alda has waited 15 years since his one and only nomination for “The Aviator.”

TOM HANKS (“A BEAUTIFUL DAY IN THE NEIGHBORHOOD”)
He currently has 5/1 odds for Best Supporting Actor. Hanks has waited 19 years since his last nomination for “Cast Away.” He is a two-time winner for “Philadelphia” and “Forrest Gump” and has had other bids for “Big” and “Saving Private Ryan.”

ANTHONY HOPKINS (“THE TWO POPES”)
He currently has 19/2 odds for Best Supporting Actor. Hopkins has waited 22 years since his last nomination for “Amistad.” He won for “Silence of the Lambs” and had other bids for “The Remains of the Day” and “Nixon.”

EDDIE MURPHY (“DOLEMITE IS MY NAME”)
He currently has 18/1 odds for Best Actor. Murphy has waited 13 years since his one and only nomination for “Dreamgirls.”

AL PACINO (“THE IRISHMAN”)
He currently has 4/1 odds for Best Supporting Actor. Pacino has waited 27 years since his last nomination and only win for “Scent of a Woman.” He also received bids for “The Godfather,” “Serpico,” “The Godfather Part II,” “Dog Day Afternoon,” “…and Justice for All,” “Dick Tracy” and “Glengarry Glen Ross.”

JOE PESCI (“THE IRISHMAN”)
He currently has 23/2 odds for Best Supporting Actor. Pesci has waited 29 years his last nomination and only win for “Goodfellas.” He also received a bid for “Raging Bull.”

MAGGIE SMITH (“DOWNTON ABBEY”)
She currently has 78/1 odds for Best Supporting Actress. Smith has waited 18 years since her last nomination for “Gosford Park.” She is a two-time winner for “The Prime of Miss Jean Brodie” and “California Suite.” Her other bids were for “Othello,” “Travels with My Aunt” and “A Room with a View.”

CHARLIZE THERON (“BOMBSHELL”)
She currently has 5/1 odds for Best Actress. Theron has waited 14 years since her last nomination for “North Country.” She won on her only other bid for “Monster.”

ALFRE WOODARD (“CLEMENCY”)
She currently has 28/odds for Best Actress. Woodard has waited 36 years since her one and only nomination for “Cross Creek.”

RENEE ZELLWEGER (“JUDY”)
She currently has 7/2 odds for Best Actress. Zellweger has waited 16 years since her last nomination and only win for “Cold Mountain.” Her other bids were for “Bridget Jones’s Diary” and “Chicago.”

Others with very good chances at nominations this cycle are Kathy Bates (“Richard Jewell”), Penelope Cruz (“Pain and Glory”), Jamie Foxx (“Just Mercy”) and John Lithgow (“Bombshell”). Each has been waiting over 10 years for an Oscars return but currently have 100/1 odds and aren’t included in our gallery yet.