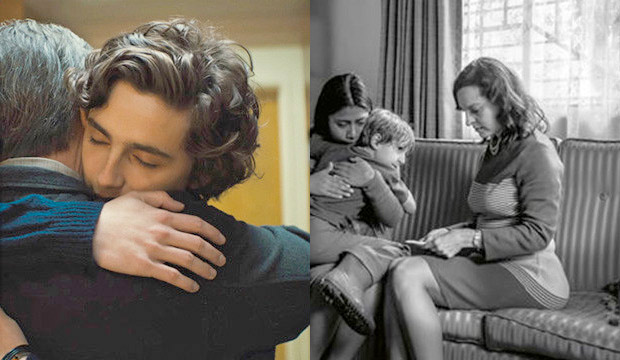 Over the past 91 years the Oscars have learned that it’s impossible to please everybody, and this year is no exception. Gold Derby readers, some of whom are industry insiders who hide behind cyber handles, have been busy all day discussing the 2019 Oscar nominations. As expected, some users are furious over the many head-scratching snubs (like Timothee Chalamet for “Beautiful Boy”) while others are elated about the pleasant surprises (like Marina de Tavira for “Roma”). Below, see a sampling of comments from our sassy forum posters and then be sure to join the discussion to have YOUR say.

nicholas27: “ reassured by the fact that I’ve had the right best picture nominees for the last month. It’s been fun. I’m going back to bed.”

Nate: “‘Roma’ is definitely winning Best Picture now, even without an editing nomination.”

Ivo Stoyanov: “‘Green Book’ is probably winning, deal with it.”

aahoto: “‘The Favourite’ got everything. Give it Best Picture already please!”

JackO: “While ‘Favourite’ isn’t winning, it did perform well enough today, to be able to defend it’s home turf against ‘Roma.'”

abelfenty: “NO BRADLEY IN DIRECTING WTF!”

AWDubay: “WOW …. I cant believe that they snubbed Bradley … it’s ‘Argo’ all over again.”

BenitoDelicias: “No Bradley in Directing? Will this be the start of his new Best Actor campaign? The one they should’ve focused on weeks and weeks ago?”

Marcus Snowden: “I was so over the moon about Spike Lee’s nomination in the category.”

Mukund: “‘The Favourite’ got in for directing. It actually got in everywhere it was expected/needed to and I’m over the moon for it.”

KLV: “There you go, Bradley will win actor. He won’t campaign for any of his nomination other than actor, I suppose.”

PreludeinCSharpMinor: “Cooper wins Best Actor now, don’t ya think? His consolation for not gettin a nod in Directing.”

24fanatic: “No Ethan Hawke for a career-best performance makes me sad.”

Greg: “Ok these nominations are trash. No Emily Blunt or Toni Collette.”

ospencer: “My heart just broke a little for Emily.”

tom92: “Glenn Close has had her fun now but it’s really Gaga’s turn to win some awards. Ending with Oscar night. Best actress will be Lady Gaga.”

Eden: “I knew Rockwell is an easier pick than Chalamet, damn it.”

M: “Good news for Sam Elliot though, after his under-performance during the entire season.”

HappyLittleWorkingSong: “Timothee Chalamet, sweetie, I love you, you deserve better than this.”