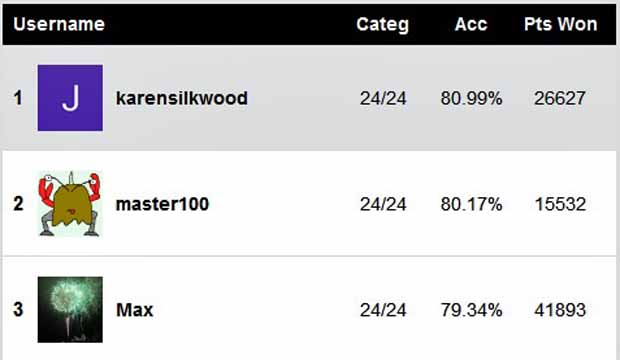 The true experts at Gold Derby are our users, who often score way better than our Editors and actual Experts. That was the case again with the Oscar nominations predictions, where our user Max came in third place with a score of 79.34 percent. (By comparison, our top Expert score was 77.69 percent and our top Editor score was 76.86 percent.) Max got numerous categories completely right, including Best Original Screenplay, Best Production Design and Best Makeup Hairstyling and Best Supporting Actor, where he ignored the consensus pick of Timothee Chalamet (“Beautiful Boy”) and opted for Sam Rockwell (“Vice”).

“[T]he consensus seemed to be that only one actor named Sam would make the cut as Mahershala Ali, Timothee Chalamet, Adam Driver and Richard E. Grant hit all the major precursors. Given that supporting actor nominees are often attached to a Best Picture and/or leading actor contender, I thought that both Sam Elliott and Sam Rockwell would be nominated,” Max explains. “Since ‘Beautiful Boy’ seemed to have the least amount of buzz among the films represented by the four frontrunners, I dropped Chalamet and included both Elliott and Rockwell in my picks.”

Attributing his good score to a combination of “reading critics’ reviews and film/awards blogs, looking at precursor nominations and winners, especially the guilds, and some luck,” Max is most proud of getting Best Supporting Actor and the three-nominee field of Best Makeup and Hairstyling completely right. “Even with a shortlist of just seven nominees, it was hard to pick the final three,” he says of the latter.

His worst category was Best Editing, where he only got two nominees right, like most people. “The category that surprised me the most was Best Editing. I thought the frontrunners were ‘First Man, Roma and ‘A Star Is Born.’ None were nominated,” he says. “I also thought ‘Won’t You Be My Neighbor?’ would win Best Documentary Feature, but it wasn’t even nominated. How do you snub Mr. Rogers?”

But like all of us, Max has some regrets. His last-minute changes included dropping “First Man” from Best Visual Effects, where it ended up getting nominated, and Adam McKay (“Vice”) from Best Director for Peter Farrelly after “Green Book”‘s Producers Guild of America Award win. “I should have remembered the Martin McDonagh snub from last year,” he says. “If there’s controversy and you’re on the bubble for a nomination, you’re probably not going to be nominated. I really thought Bradley Cooper would be nominated, so I was never going to go 5/5 in the category, but I should have gotten 4/5.”

So can Max keep the momentum going with his winner predictions? He’s currently predicting Christian Bale (“Vice”), Glenn Close (“The Wife”), Ali and Regina King (“If Beale Street Could Talk”) for the acting races. “I think Alfonso Cuaron will win Best Director, and ‘BlacKkKlansman’ seems to be the frontrunner for adapted screenplay,” he says. “Coming off the PGA win, I have ‘Green Book’ for Best Picture and Best Original Screenplay, but I don’t feel confident about either of those picks.”

Well, he does know from experience how quickly you can go from first to worst. “A few years ago, I came in first in the Golden Globes TV predictions, only missing one,” he says. “This year I only got two right. I went from a 91 percent to an 18 percent. Ouch!”

Be sure to check out how our experts rank this year’s Oscar contenders. Then take a look at the most up-to-date combined odds before you make your own Oscar predictions. Don’t be afraid to jump in now since you can keep changing your predictions until just before winners are announced on Feb. 24.