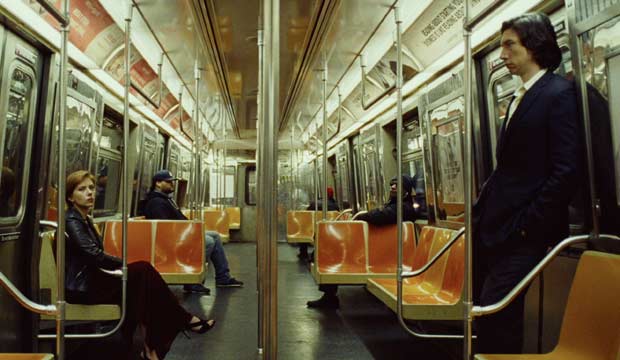 Frontrunners are already forming for the Oscar Best Actor race, according to early predictions at Gold Derby.  Now that the three major fall film festivals — Telluride, Venice and Toronto — have premiered many of the most anticipated titles, the predictions reflect the flux now that some film critics and industry leaders have passed judgment on  possible contenders.  The top 10 for male leads have completely shifted save for Taron Egerton (“Rocketman”), who retains the eighth spot.  Whereas Leonardo DiCaprio (“Once Upon a Time in Hollywood”) held first place for a while, he has dropped to third while Adam Driver (“Marriage Story”) zoomed up to No. 1. Similarly, Joaquin Phoenix (“Joker”) bumped Robert De Niro (“The Irishman”) out of the second place and down to the fifth spot.  We’ve confirmed most category placements with studios or campaigners, but — as awards season veterans know — some decisions aren’t yet final and changes may occur. For now, we list some contenders like Christian Bale and Matt Damon (“Ford v. Ferrari”) and Brad Pitt (“Once Upon a Time in Hollywood”) as options for both lead and supporting races in Gold Derby’s prediction center.

Here are the current top 10 lead actor picks according to racetrack odds based upon our users’ predictions as of Sept. 13:

1. Adam Driver (“Marriage Story,” Dec. 6): Director and writer Noah Baumbach‘s tale of a nasty bicoastal break-up focuses on Driver’s stage director and Scarlett Johansson as his actress wife as they endure the pain and agony of their split. The filmmaker has described his movie to Indiewire, which sounds somewhat in the realm of “Kramer vs. Kramer” but with laughs,  as “a hidden thriller, a procedural, a romantic comedy, a tragic love story. I felt like this was a subject that could handle all those things.” Anyone who watched Driver on HBO’s  “Girls” knows he is capable of handling every shade of emoting.

Oscar history: He was nominated for a supporting actor Oscar as an undercover cop for last year’s “BlacKkKlansman.”

2. Joaquin Phoenix (“Joker,” Oct. 4) — Will it be weird if Phoenix, a terrific actor when it comes to creeps and crooks, wins an Academy Award that Heath Ledger won posthumously for the same role in 2008’s Batman adventure “The Dark Knight”? A little perhaps, but judging from reviews — which have grown more divisive since its showings in Venice and Toronto — Phoenix makes the Clown Prince of Crime his own unique and twisted creation while daring the audience relate to and revile his creation.

As “Hollywood Reporter” critic David Rooney writes, “What’s most noteworthy about this gritty entry in the DC canon and the lead actor’s sensational performance is the pathos he brings to a pathetically disenfranchised character — just like countless others in a metropolis in which the social chasm separating the haves from the have-nots has become a pit of incendiary rage.”

Oscar history: Phoenix was nominated for his supporting role as the twisted, amoral Commodus, who murders his emperor father in order to nefariously inherit his powers as he targets Russell Crowe‘s warrior Maximus in 2000’s Roman epic “Gladiator.” He nailed the Man in Black — country legend Johnny Cash — in the 2006 biopic, “Walk the Line,” singing and all, and was duly nominated as a lead. And he also found a space on the ballot as a Best Actor contender as a crazed cult follower in 2013’s “The Master.”

3. Leonardo DiCaprio (“Once Upon a Time in Hollywood”) —  Both DiCaprio and first-time co-star Brad Pitt earned the most critical bravos in Tarantino’s nostalgic 10th big-screen outing. His performance as TV Western legend Rick Dalton, whose preferred genre is going out of fashion, touches the heart as well as provides some sick kicks, such as his flame-thrower skills.

4. Antonio Banderas (“Pain and Glory,” opens Oct. 4 ): The Spanish actor’s eighth collaboration with director Pedro Almodovar earned him a Best Actor award at the Cannes Film Festival this year. He plays a forlorn filmmaker who hasn’t made a movie in ages. He is haunted by his aging status as well as his melancholy childhood memories as he imbibes substances to dull his pain.
Oscar history: Somehow this sexy guy who made Zorro a hot property again in the ’90s and who was purr-fect as Shrek’s animated sidekick, charismatic swashbuckler Puss in Boots, has never competed for Hollywood’s ultimate prize. Looks as if his luck will soon change.

5. Robert De Niro (“The Irishman,” premieres Sept. 27 at the New York Film Festival) — The legendary actor who played DiCaprio’s abusive stepfather in 1993’s “This Boy’s Life” is right behind him for his real-life portrait of Frank Sheeran, a World War II vet and  mob hitman who played a part in the disappearance of labor leader Jimmy Hoffa.  This decades-spanning saga promises dirty dealings, macho attitude and lots of blood spilt in the name of money and power. This is De Niro’s ninth collaboration with gangland auteur Martin Scorsese and their first since 1995’s “Casino.”

6. Jonathan Pryce (“The Two Popes,” opens Nov. 27) — Pryce plays Jorge Bergoglio aka Pope Francis and Anthony Hopkins is his predecessor, Pope Benedict, in a film directed by “City of God’s” Fernando Meirelles that examines the relationship between the two 21st-century pontiffs. As RogerEbert.com critic Brian Tallerico writes of Pryce’s performance: “It’s possible that Pryce has never been better. He is charming, smart and engaging, capturing the man instead of the saint. …  Pryce finds the deeply empathetic register in Bergoglio’s character.” While two-hander is filled with terrific dialogue (written by “Darkest Hour’s” Anthony McCarten), “Pryce also finds a way to portray Bergoglio as a listener, someone who has seen and heard so much of the human condition, but knows there’s much more work to be done.”

7. Taron Egerton (“Rocketman”) — The summer’s Elton John jukebox musical biopic didn’t exactly blast off at the box office. But Egerton, who sang  John’s songs as if he composed them himself, did a terrific job of balancing depression and substance abuse with the campy fun of the singer’s penchant for flashy stage gear and the heart-tugging pain of denying his homosexuality and dealing with his absent father.

8. Christian Bale (“Ford v Ferrari,” Nov. 15) — The former Caped Crusader takes the wheel of a car that makes the Batmobile look like a Matchbox toy in this story of how the Ford Motor Company in 1966 was hellbent to make a racing car that could overtake Italy’s Enzo Ferrari at the 24 Hours of Le Mans in France. They recruited British daredevil speed demon Kevin Miles (Bale) and car designer Carroll Shelby (Matt Damon) to do their bidding. Has Bale ever been bad in a movie? Not that I can recall.

Oscar history: Bale won a supporting trophy for his washed-up boxer in 2010’s “The Fighter.” He also competed for his secondary role in 2015’s “The Big Short.” And the former Batman was also in the running for his lead roles as a con man in 2013’s “American Hustle” and and as politico Dick Cheney in 2018’s “Vice.”

9. Michael B. Jordan (“Just Mercy,” Dec. 25): The fact-based tale of injustice has Jordan playing Bryan Stevenson, a Harvard Law grad who heads to Alabama to fight for those who are wrongfully condemned by the law and denied representation. He takes on the case of Walter McMillian (Jamie Foxx), who receives the death sentence for the murder of a white woman despite not being anywhere near the scene of the crime.

10.  Eddie Murphy (“Dolemite Is My Name,” Oct. 25) — Murphy embodies an African-American icon, comedian Rudy Ray Moore, who starred in the 1975 blaxploitation film as a well-spoken pimp.Wesley Snipes joins him as his antagonist co-star D’Urville Martin. Craig Brewer, director of “Hustle & Flow,” is behind this ’70s throwback and does have a knack for grindhouse-inspired fare.

Oscar history: Murphy earned his first and only Oscar nomination for his supporting role in the 2006 musical as  R&B soul singer James “Thunder” Early, a conglomeration of such music legends as James Brown, Jackie Wilson and Marvin Gaye. Everyone loves a comeback and audiences might just be ready for Murphy’s return in a humorous vehicle.