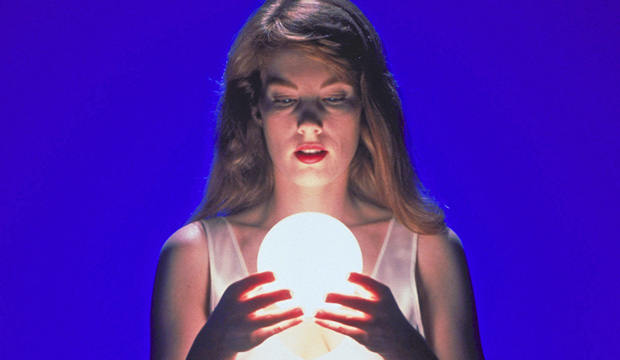 Attention, Oscar prognosticators: Don’t get smug over your current Best Picture prediction. Just because we now, finally, have a clear frontrunner (“Roma” is ahead by miles, according to latest odds by our Experts, Editors and Users) doesn’t mean everything’s rock solid.

Hollywood is an earthquake zone.

The next rumbling may be felt this evening when the ACE Eddies will be doled out for best film editing. As Paul Sheehan notes, the Eddie “has a good track record as a preview of the Oscar winner for Best Picture (17 out of the last 28) and a great one for forecasting who will win the Film Editing Oscar (21 of the last 28).”

That rumbling may be ominous because “Roma” has a good chance to lose at the Eddies where Gold Derby predicts “First Man” will prevail. “Roma” is in second place, but its hopes may be dinged by the fact that Alfonso Cuaron is nominated. Guild members may not be too thrilled that the film’s director is muscling in on their editors’ turf. That’s probably why “Roma” got snubbed in the equivalent Oscar race. Hey, Hollywood jobs are precious.

So if “Roma” loses at the guild, does that really mean anything, especially since the Eddie hasn’t been a great Oscar crystal ball of late? The last few Oscar Best Pictures lost their guild matches: “Shape of Water” was sunk by “Dunkirk,” “Moonlight” eclipsed by “Arrival.”

The Oscar derby can really be shaken up next by the Directors Guild of America Awards on Saturday. Most gurus assume Cuaron will triumph (we give him 4/1 odds), but watch out for Spike Lee – he’s never even been nominated for the top DGA prize or, for that matter, the Oscar’s directors’ trophy. We don’t know his secret voter strength. If he breaks out at DGA, that could propel him Oscar-bound next, perhaps even taking “BlacKkKlansman” over the Best Picture line. That’s how “Midnight Cowboy” ran the 1969 derby after John Schlesinger cleared its late-surging path at DGA.

After DGA, the next biggie award show is BAFTA, which often tattles on the Oscar, but perhaps not this year. Britain’s “The Favourite” has a home (royal) court advantage. We give it 10/3 racetrack odds to sieze the BAFTA Best Picture crown. Nonetheless, a BAFTA sweep would certainly help its Oscar profile and those British tea leaves might actually turn out to be revealing. BAFTA and Oscar share more than 500 voters.

Also nominated for Best Picture at BAFTA are “Roma,” “BlacKkKlansman” and “Green Book.”  If “Green Book” somehow pulls off a seismic upset there, wow – that will be 9.5 on the kudos Richter Scale and we’d all be fools not to predict a similar after-shock at the Oscars. Face it. There’s a very real possibility that many Oscar-watchers are going through denial because they may be listening too closely to grumbling over controversies. “Green Book” is a magnificent movie and it’s beloved, as proven by its surprise Best Picture victories at the Producers’ Guild and Golden Globes. Remember, PGA has correctly predicted the top Oscar 8 out of the past 10 years, but, alas, those 2 exceptions occurred in the last 3 years.

Not nominated at BAFTA is “Black Panther,” which is nonetheless the top Oscar prediction of two Gold Derby Experts:  Christopher Rosen (TVGuide.com) and Matthew Jacobs (HuffPo). Yes, “Black Panther,” an early fave to win the Oscar, stumbled out of the derby gate, but, yeowsa, it just jumped up on its hind legs at the SAG Awards and siezed the ensemble award. A few years ago that SAG category went to a few movies that later proved to be giant-killers at the Oscars – “Birdman” and “Spotlight” – but did you listen? Did you see those winners coming? Really? Fess up! Can “Black Panther” do it next?

Or do you still hold out hope for “A Star Is Born”? Make your predictions here at Gold Derby and compete against our Experts. Here’s your big chance to prove that YOU are the best prognosticator in Hollywood.