The Oscar race for Best Director was virtually tied between Martin Scorsese (“The Irishman”) & Quentin Tarantino (“Once Upon a Time in Hollywood”) for the past few months, according to the predictions of dozens of Expert journalists at Gold Derby. But now that “The Irishman” has been released to theaters, Scorsese just zoomed ahead. Meantime, Bong Joon Ho (“Parasite”) continues a steady climb up our charts, threatening to surpass both veteran American auteurs.

Who’s really ahead to win? Watch Gold Derby’s Tom O’Neil, Daniel Montgomery and Susan Wloszczyna track the race in our video above or else listen to the audio podcast version below.

“What’s interesting about those top two is that Tarantino is considered overdue because he’s never won Best Director, but the irony is that he actually has more Oscars than Scorsese,” notes Montgomery. “Tarantino won twice as a screenwriter, and Scorsese just has the one as a director.” And if anyone could be considered worthy of a second directing Oscar, it’s Scorsese. He may have finally won for “The Departed” (2006), but no one has forgotten that he lost for “Raging Bull” (1980) and “Goodfellas” (1990) and wasn’t even nominated for “Taxi Driver” (1976).

But “when you actually feel the response from established Hollywood,” it’s actually “Parasite” that may turn out to prevail, argues O’Neil. Much like “Spotlight” was when it upset “The Revenant” for Best Picture four years ago, “Parasite” is “in their hearts.” And “we have seen this art-house preference” from the academy’s directors in recent years — from Kathryn Bigelow‘s “The Hurt Locker” (2009) to Alfonso Cuaron‘s “Roma” (2018) —  so O’Neil thinks Bong is the man to beat.

However, Wloszczyna counters that Scorsese and Tarantino are “the most influential American directors right now.” They have both helped to inspire a whole generation of crime films, and directors are still mimicking Tarantino’s “fractured” timeline in “Pulp Fiction” (1994), so “he deserves a directing Oscar.” But will the academy give it to him? 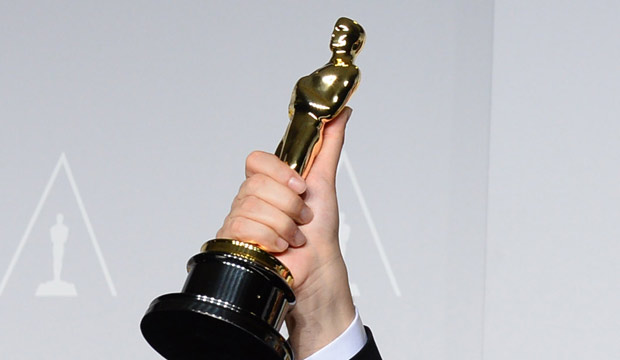