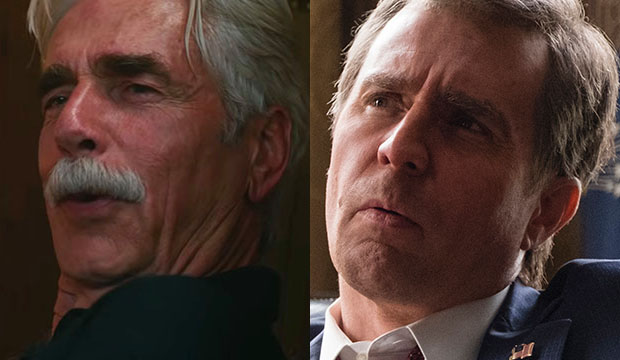 Is there enough room for two Sams in the Best Supporting Actor Oscar final five? You don’t think so. Sams Elliott (“A Star Is Born”) and Rockwell (Vice”) have split the televised precursor nominations, and 57 percent of you believe Elliott will edge out Rockwell in the end for a spot.

Earlier in the season, Elliott seemed like a shoo-in for a nomination — which would be his first ever — and possibly even a win for his brief but effective performance as Bradley Cooper‘s brother in “A Star Is Born.” But he’s had an uneven run so far, making Critics’ Choice and the Screen Actors Guild Awards, but getting snubbed by the Golden Globes and BAFTA. However, Elliott has the advantage of being in a top Best Picture contender that has gone 11 for 12 in guild nominations. He also fits the profile of a typical winner in this category: veteran star who has gone unrewarded thus far.

SEE Oscars guild scorecard: ‘A Star Is Born’ is 11 for 12. ‘Bohemian Rhapsody’ moves to second

Just 20 percent of you feel that Rockwell will make it in over Elliott. Rockwell, who got Globe and BAFTA nominations and missed Critics’ Choice and SAG, also has a relatively short performance in “Vice,” but he absolutely steals his scenes as a bumbling George W. Bush. As the reigning Best Supporting Actor champ, for “Three Billboards Outside Ebbing, Missouri,” Rockwell is in line for that afterglow nomination. Oscar likes to immediately invite champs back to the party; Jeff Bridges, Eddie Redmayne and Penelope Cruz all got nominated a year after their respective wins.

Meanwhile, 16 percent of you are keeping the faith that we’ll get double Sam in the final five. That means one of the presumably safe four — Mahershala Ali (“Green Book”), Timothee Chalamet (“Beautiful Boy”), Adam Driver (“BlacKkKlansman”) and Richard E. Grant (“Can You Ever Forgive Me?”), who’ve all earned Golden Globe, Critics’ Choice, SAG and BAFTA nominations — would have to sit on the sidelines.

And the remaining 7 percent think we’ll be Sam-less altogether. So who would get that last spot then? Michael B. Jordan (“Black Panther”) is in seventh in our odds, behind Ali, Grant, Elliott, Chalamet, Driver and Rockwell.