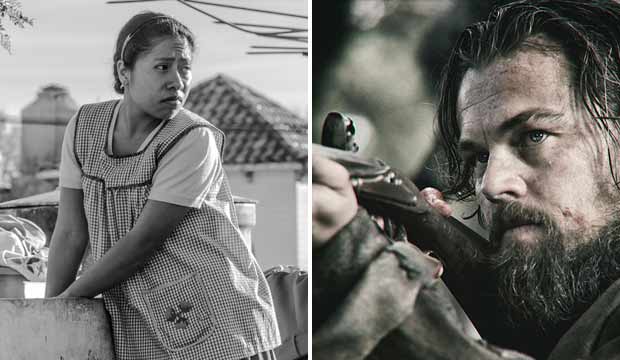 “Roma’s” upset victory over “The Favourite” at the BAFTA Awards made it look like an even stronger contender for Best Picture at the Oscars, especially after it won the Directors Guild Award for Alfonso Cuaron. But if this is starting to ring a bell, that’s because there was another recent film that won BAFTA and DGA prizes, but it ended up losing the top Oscar: “The Revenant.” And it also happened to be from a Mexican filmmaker looking for his second Best Director prize.

The paths for both films weren’t identical, but they have been eerily similar. In 2015 the Screen Actors Guild, Producers Guild and Directors Guild were split, just like this year. In that race “Spotlight” was the actors’ choice, “The Big Short” impressed producers, and “The Revenant” filmmaker Alejandro Gonzalez Inarritu had industry directors on his side. “The Revenant” was also the most nominated film at the Oscars, so when the Brits gave it top honors it looked like it had all the momentum it needed … until “Spotlight” took Best Picture here in the US.

This year there has been a similar split. Industry actors went with “Black Panther,” producers went with “Green Book” and directors went with “Roma.” Then the BAFTAs confirmed the DGA’s choice, so now the vast majority of the Expert journalists we’ve polled are picking “Roma” at the Oscars.

If “Roma” is tripped up at the last moment like “The Revenant” was, who could leap ahead of it at the finish line. If we’re going by 2015, we should look to SAG for the likely winner, which would be “Black Panther.” However, “Spotlight” was a much more consistent awards contender in 2015 than “Black Panther” has been now. “Panther” was almost entirely snubbed at the BAFTAs, and the Oscars didn’t nominate it for writing, directing, acting or editing — “Spotlight” was a contender in all of those fields.

So maybe it would be “Green Book.” The PGA Awards use the same preferential ballot that the Oscars use, so they have been highly reliable in recent years when predicting what the academy will do. But PGA notably split from the Oscars when they picked “Big Short” and “La La Land” (2016) over eventual Oscar champs “Spotlight” and “Moonlight.” And “Green Book” was snubbed for Best Director at the Oscars, which is not insurmountable (just ask “Argo”), but is never a good sign.

How about a movie that hasn’t really won top prizes anywhere? “BlacKkKlansman” hasn’t prevailed at the aforementioned events, but it’s the only Best Picture contender that hasn’t missed anywhere in terms of nominations: Golden Globe, Critics’ Choice, PGA and BAFTA nominations for Best Picture, a DGA nomination for Spike Lee, a Writers Guild nomination for the screenplay, a SAG nomination for its ensemble cast, and Oscar nominations for writing, directing, acting and editing. Not a single miss. The Oscars’ preferential ballot favors consensus choices, and it certainly seems like the entire industry agrees that “Klansman” is one of the best films of the year.

Do you think “Roma” is as vulnerable as “The Revenant” turned out to be? If so, what do you think its biggest threat is?