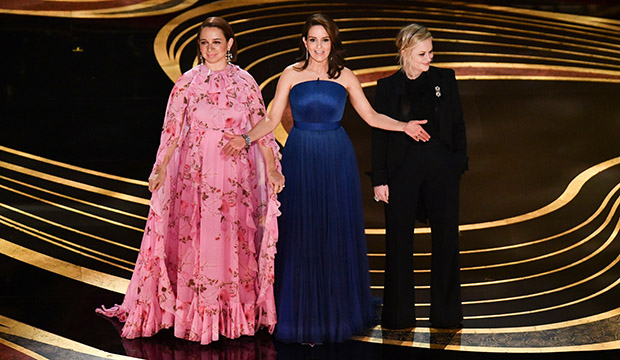 The Oscars is the most without a host. ABC Entertainment President Karey Burke reiterated Tuesday her hope and plan to remain host-less for the 92nd Academy Awards in 2020.

“I think you’ll see us not messing with that formula to the best of our ability,” Burke said Tuesday during Disney TV’s upfront presentation. In March, Burke had told The Hollywood Reporter, “Odds are you’ll see us repeating what we consider to be a successful formula.”

On Tuesday, Burke added that she was “extremely proud” with how the host-less Oscars — the first of that kind in 30 years — turned out in February after a rocky lead-up with multiple controversies, not the least of which was Kevin Hart stepping down as host after he refused to apologize for old homophobic jokes. The ceremony itself went off without a hitch and the ratings improved as well.

Still, Burke noted that it’s far too early too early to say for sure that next year’s ceremony will not have a host as conversations with the academy are ongoing. Burke even remains open the possibility that Jimmy Kimmel, who just inked a new three-year contract to remain at ABC through the 20th season of “Jimmy Kimmel Live!”, could one day return to host after stints in 2017 and ’18. “I’m not saying no to anything,” she said. “It’s not something that the academy makes decisions about until later in the year.”

The academy’s original choice to host this year’s show was Dwayne “The Rock” Johnson, who wanted to do it, but ultimately couldn’t because of filming conflicts. So the academy could very well extend another invite to him for next year’s show (maybe it already has as a rain check). Plus, with a truncated calendar next year — the ceremony will move up two weeks to Feb. 9 — there’s even more of a time crunch to lock in a host for the most thankless job in Hollywood. But clearly, if Burke had her way, there will be no host next year.

“We’re unbelievably happy with the results from this year, so hopefully we’ll have that same kind of success next year,” she said.