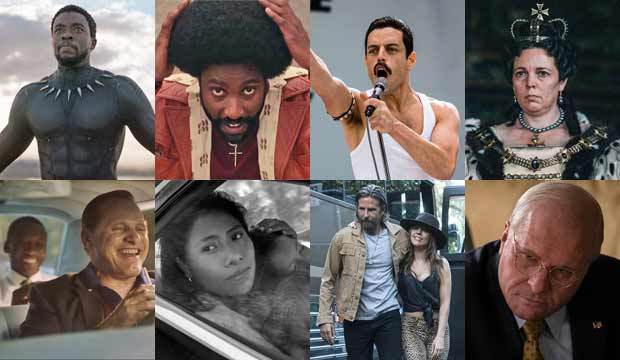 “The Favourite” was favored in both design categories and original screenplay, and when it lost those, it looked like it was going to go 0-10. But Colman upset frontrunner Glenn Close (“The Wife”) to ensure that all eight nominees left the Dolby Theater a champ.

Four years ago, “Birdman” and “The Grand Budapest Hotel” reaped four Oscars each; the former’s wins were biggies, including Best Picture and Best Director for Alejandro G. Inarritu, while the latter’s victories were all below the line, including Best Original Score and Best Production Design. “Whiplash” was next with three wins, highlighted by J.K. Simmons being named Best Supporting Actor. All the other Best Picture nominees scored one award: Best Sound Editing for “American Sniper”; Best Supporting Actress for “Boyhood” star Patricia Arquette; Best Adapted Screenplay for “The Imitation Game”; Best Original Song for “Selma”; and Best Actor for “The Theory of Everything” star Eddie Redmayne.

Obviously the more nominees there are, the harder it is for everyone to win one award. Eight is the “fewest” Best Picture nominees since the Oscars adopted a sliding scale between five and 10 seven years ago; all the other years had nine.