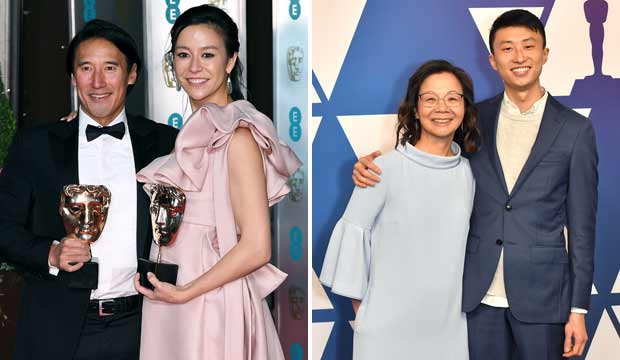 Asian filmmakers made history at the Oscars this year when the nominations for Best Documentary Feature were announced. There are five directors and producers of Asian descent in the category this year representing three different films, far more than ever before. In fact, there has never been more than one film in any given year with an Asian nominee.

“Free Solo” is directed by Jimmy Chin and Elizabeth Chai Vasarhelyi, who are both of Chinese heritage. The film follows rock climber Alex Honnold as he attempts an unassisted ascent up the El Capitan vertical rock formation. The film just won Best Documentary at the BAFTAs, and it’s now the front-runner at the Oscars with leading odds of 7/2,  moving just ahead of “RBG.” Chin and Vasarhelyi would be just the second and third winners of Chinese descent, following Freida Lee Mock for “Maya Lin: A Strong Clear Vision” (1994).

“Minding the Gap” is directed by Chinese-American Bing Liu and produced by Diane Moy Quon. In the film, Liu follows a group of skateboarder friends in Illinois, whose lives are shaped by poverty and familial violence. It was one of the most critically acclaimed films of 2018 with a score of 93 on MetaCritic and a perfect 100% freshness rating on Rotten Tomatoes. It won Best Documentary from the National Society of Film Critics, the New York Film Critics Circle and other regional journalist groups.

“Hale County This Morning, This Evening” is produced by Su Kim, who is of Korean descent. “Hale County” was an unexpected nominee at the Oscars — we had it ranked seventh in our nomination predictions — and that wasn’t the first time it surprised us. The film about the black community in the title county in Alabama also claimed the Gotham Award over “Minding the Gap” and Oscar-snubbed “Won’t You Be My Neighbor?”

In addition to Freida Lee Mock, the only other two winners of Asian descent were Audrey Marrs, the half-Japanese producer of the financial industry expose “Inside Job” (2010), and Asif Kapadia, the British-Indian director of the music biography “Amy” (2015). Will the Oscars add to that list this year?

MAKE YOUR PREDICTION: Who will win Best Documentary Feature?
To save your prediction, you must log in to Gold Derby. Click here to sign in with existing account -- or create a new one.
PREDICTthe Oscars now; change them until February 24

Watch to watch on Hulu: See episode submitted by O-T Fagbenle ('The Handmaid's Tale') to Emmy…

Ed Sheeran songs, ranked: Where does 'Bad Habits' rank among his 19 greatest hits so far?