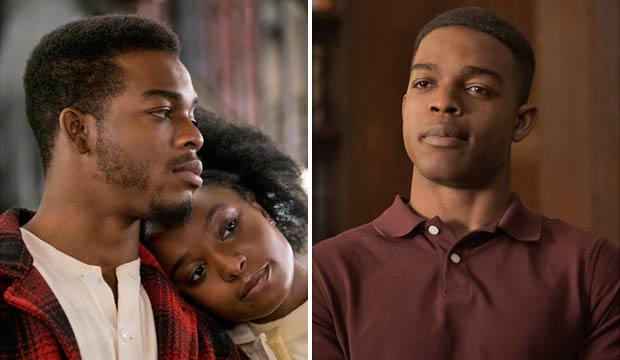 It always helps a potential Academy Award nominee if they feature in a second (or even third) project alongside the one they are hoping to be nominated for. At worst, it helps get their faces out there a bit more and gets a few more Oscar voters to notice them. At best, it helps them garner more votes from the various colleagues they’ve worked with over the two or three projects. It also serves as a timely reminder of their talent, skills, and range.

But which potential male acting this year have other projects out that could give them a little boost on their way to the Oscar podium – or, at least, to earn that nomination? Let’s take a look:

Christian Bale: (“Vice”) – “Mowgli”
The official Best Actor favorite is quite the transformative performer. He’s played two dangerous predators this year: Dick Cheney in Adam Mckay’s “Vice” and Bagheera the panther in Andy Serkis’ “Mowgli: Legend of the Jungle.” Both required make-up to transform into the character – actual make-up in the former and digital make-up via motion-capture in the latter. “Mowgli” might not be on anyone’s awards radar, but it’s a big film on Netflix and Serkis recently did a video on Bale’s mo-cap performance, so that can’t hurt.

Bradley Cooper: (“A Star is Born”) – “The Mule”
As if Cooper needs to remind anyone of his talents. The actor-director-writer-producer-composer (he was nominated for all five at BAFTA) also appears in a supporting role in Clint Eastwood’s “The Mule.” So, in a perfect world for Cooper, he’d earn six Oscar nominations this year.

Stephan James: (“If Beale Street Could Talk”) – “Homecoming”
James may be on the periphery of the predicted Best Actor nominees, but he’s the lead role in a film expected to earn a Best Picture nomination. His lead role in TV drama “Homecoming,” for which he was nominated for a Golden Globe, could help him move up the ranks a bit.

Mahershala Ali: (“Green Book”) – “True Detective”
Best Supporting Actor-winner (“Moonlight” in 2017) Ali is the favorite to win again in the same category this year for “Green Book,” which will see him emulate Christoph Waltz by winning two supporting actor Oscars within three years. He probably doesn’t need that much of a boost since he’s won every precursor so far and seems the most likely to be a lock out of all the acting categories, but his role in the new series of “True Detective” will only help his chances.

Steve Carell: (“Vice”) – “Beautiful Boy,” “Welcome to Marwen”
It’s odd that Carell, despite having much more screen time than Sam Rockwell in “Vice,” has not received the same awards attention as his co-star. Rockwell’s turn as George W. Bush is showy, yes, and he plays the more famous of the two characters, but Carell’s performance as Donald Rumsfeld is not exactly quiet and subdued, is it? Carell is just as entertaining as Rockwell and has more screen time. His more serious role in “Welcome to Marwen” is further evidence of his talents. And let’s not forget about “Beautiful Boy,” where he goes fully serious (complete with ‘serious actor beard’ ala Robin Williams in “Good Will Hunting,” 1997) and has earned rave critical reviews alongside Timothee Chalamet.

Michael B. Jordan: (“Black Panther”) – “Creed II”
Those in favor of giving Michael Bakari Jordan an Oscar nomination for his supporting turn in “Black Panther” have been maligned and labeled as MCU fanboys/fangirls, but they are ignoring a strong performance with its own details, depth, and intricacies just like the other contenders this year. Why should someone not be nominated just because their performance is in a mainstream superhero film and not a drama? The work should be rewarded regardless of genre. Plus, his lead role in “Creed II” is giving him even more coverage and praise, which can’t hurt.

John Krasinski: (“A Quiet Place”) – “Jack Ryan”
We’ve got another Bradley Cooper on our hands here. Krasinski wrote, directed, produced, and starred in “A Quiet Place.” If Oscar voters needed more convincing of his talents, they could head over to Amazon to watch his SAG-nominated turn as the titular character in drama series “Jack Ryan.”