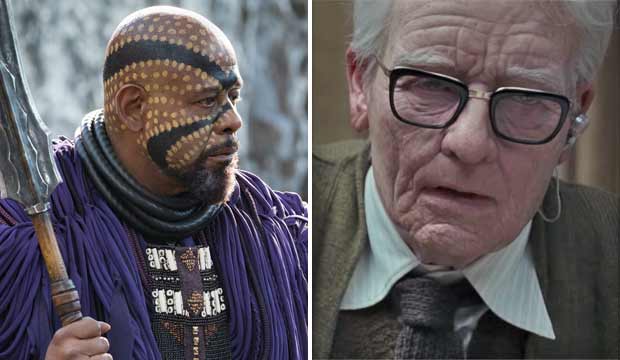 The Oscars board of governors met to discuss their rules in April, and while the headline news was that the academy would continue to allow streaming movies to compete if they follow the rules already in place, it should also be highlighted that the Best Makeup and Hairstyling race has finally been expanded to five nominees just like all the other Oscar categories. It’s about time.

The Oscars established the competitive category for Best Makeup at their 54th annual awards honoring the best films of 1981. Then in 2012 the academy renamed the category Best Makeup and Hairstyling, but even though that new moniker acknowledged the broader artistic achievements covered by the award, they still didn’t invite more than three films to join the party, even though other categories had been expanded before it.

Best Sound Editing had three (or fewer) nominees until 2006, when the category was expanded to five, and when you consider there’s also an Oscar category for Best Sound Mixing with five nominees, that makes 10 total slots reserved for audio professionals at the awards every year.

Best Visual Effects has been sporadically rewarded by the Oscars for decades, sometimes as a competitive category and sometimes as a special achievement award. But it has been handed out as a competitive prize every year since 1991, and in 2010 it was finally expanded to five nominees, an overdue change when you consider how dramatically visual effects technology has evolved in the last 20-30 years.

But not every film incorporates prominent visual effects, while you’d be hard pressed to find films that don’t have makeup or hairstyling in them, so why was this the only field thought to have only three achievements worthy of nominating?

This past year “Border,” “Mary Queen of Scots” and the eventual winner “Vice” made the final list of nominees. But the makeup artists who transformed Rami Malek into Freddie Mercury (“Bohemian Rhapsody”) and Tilda Swinton into an elderly German man (“Suspiria”) were left out in the cold. So was “Black Panther” with its unique Afrofuturist designs and “Stan and Ollie” which transformed Steve Coogan and John C. Reilly into famed comedians Laurel and Hardy. There were clearly enough worthy contenders for a list of five.

Those snubbed films did make the academy’s initial shortlist of seven films, and that shortlist is being expanded too. Now there will be 10 films on the shortlist that will be screened for consideration in a “bake-off” to determine the final five nominees.

What do you think of the academy making it up to makeup artists and hairstylists with five nominees in their category? Let us know by voting in our poll below.