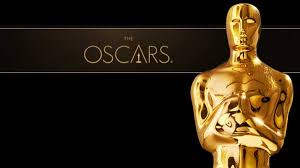 The Oscars only nominated eight movies for Best Picture. It could have gone as high as 10, which meant that two films suffered snubs and got denied bragging rights to Hollywood’ highest honor. We had predicted that “First Man” and “If Beale Street Could Talk” would round out the roster had the count in this category at the Academy Awards had gone to its maximum.

Were these your picks for the final two slots in this category? Or were you enamored with one of the films that was just outside our predicted top 10? Among these were two more that reaped multiple bids in other Oscar races but didn’t number among the eight up for the big prize.

As with “First Man,” “Mary Poppins Returns” is nominated in four below-the line races. And along with”If Beale Street Could Talk,” “Can You Ever Forgive Me?” also has three nominations. However, all of its bids are in above-the-line categories: Best Actress (Melissa McCarthy), Best Supporting Actor (Richard E. Grant) and Best Adapted Screenplay (Nicole Holofcener and Jeff Whitty).

How did only eight films get nominated for Best Picture?

Academy members don’t merely cite their favorite films. Rather, they rank up to five films on ballots which are then counted by a complicated method. While the nominees in most of the other races are determined by the traditional system of preferential ballot that winnows the contenders down to a final five, the Best Picture finalists were arrived at by a separate system of tabulation.

To reap a Best Picture bid, a film has to have a passionate following as it needs to be one of the top choices of at least 5% of the members taking part in the nomination phase. But to win, it has to be the consensus choice. The Best Picture champ is determined by a modified version of the preferential system, which involves many rounds of counting.