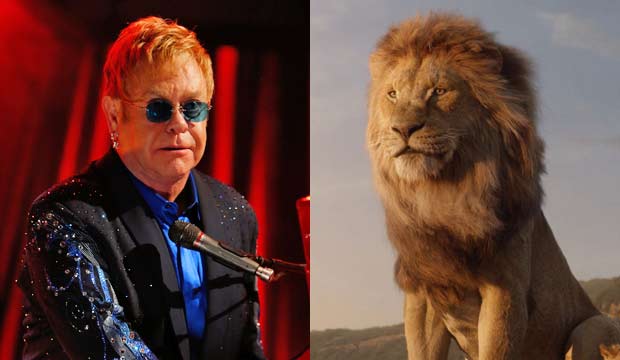 Time is truly a flat circle judging from this year’s Oscar race for Best Original Song. The motion picture academy announced its shortlist of songwriting contenders on December 16, and they include Elton John for “(I’m Gonna) Love Me Again” from the jukebox musical about his life, “Rocketman.” This comes 25 years after he won for “Can You Feel the Love Tonight” from “The Lion King.” But to win his second Oscar, John may actually have to defeat “The Lion King.”

John and lyricist Tim Rice were nominated three times for their songs from the original animated “The Lion King” (1994). In addition to their win for “Can You Feel,” they were also up for “Hakuna Matata” and “Circle of Life.” But Disney in recent years has been on a remaking spree, producing live-action versions of its biggest animated hits, and this year that includes “Lion King,” which made the academy’s shortlist twice for its new additions to John and Rice’s established score.

The new “Lion King” isn’t technically live-action like other recent Disney remakes “Beauty and the Beast,” “Dumbo” and “Aladdin.” The film is entirely computer generated, from its animals right down to the ground they walk on. But it’s a photo-realistic take on the original material with a mostly new cast. One of those cast members, Beyonce, co-wrote a new song “Spirit,” which made the short list and has already earned Golden Globe, Critics’ Choice and Grammy nominations.

And John could be nominated for and against the new “Lion King” since the movie’s other new song, “Never Too Late,” is written by John and Rice. But that new song hasn’t gotten as much awards traction as “Spirit” has, and the academy’s music branch may feel it’s more meaningful to honor John again for the film about his own life. On top of that, nominating “Love Me Again” would have the added benefit of honoring John’s longtime songwriting partner Bernie Taupin, who has never been nominated for an Oscar and whose friendship with John is one of the central relationships of “Rocketman.”

“Love Me Again” and “Spirit” are already going head-to-head at the aforementioned Golden Globe and Critics’ Choice Awards, so the stage is set for a potential Oscars showdown between John and the film that he previously won for. Will one of them win, or will he and Beyonce both be thwarted by another formidable opponent?