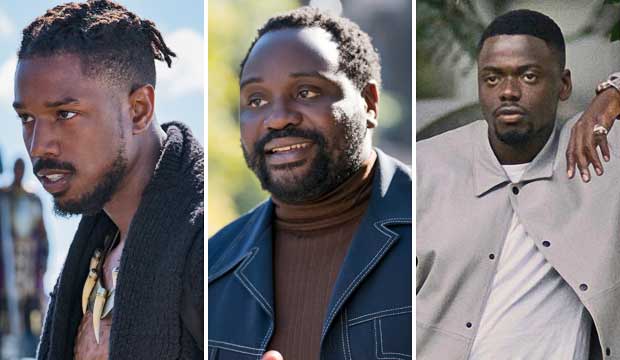 But while there’s a strong consensus around those men, it’s not unanimous. There are six other actors who are predicted for a nomination by at least one Expert each. Which of these underestimated contenders, if any, do you think will surprise?

Sam Rockwell, “Vice” (7 Experts) — Rockwell is the defending champ in this category after winning last year for “Three Billboards Outside Ebbing, Missouri.” Goodwill from that performance could propel him to a second consecutive nom for playing President George W. Bush in this divisive political satire about Vice President Dick Cheney. Rockwell missed the cut at the SAG Awards, but he was nominated at the Golden Globes and BAFTAs, so watch out.

Michael B. Jordan, “Black Panther” (6 Experts) — Jordan is due for Oscar recognition after acclaimed performances in “Fruitvale Station” and “Creed,” so he could pull a Heath Ledger by becoming a rare actor to be recognized for playing a comic book villain. His megalomaniacal Erik Killmonger is an unusually nuanced baddie for a Marvel movie, and the role earned him a nomination at the Critics’ Choice Awards. He’s also up for a SAG Award alongside the rest of the “Panther” ensemble cast. The film could be one of the most nominated at the Oscars this year thanks to its high production values, so if the actors branch of the academy wants to pick someone to represent the film, Jordan is their strongest bet.

SEEWill Michael B. Jordan (‘Black Panther’) be the first of the MCU cast to earn an Oscar nomination

Steve Carell, “Vice” (2 Experts) — The comedy actor previously earned a Best Actor nomination for a dramatic turn as homicidal millionaire John du Pont in “Foxcatcher.” Now he could get a second nomination as another unsavory real-life figure: politician Donald Rumsfeld, who played a key role in the rise of notorious Vice President Dick Cheney (played by Best Actor front-runner Christian Bale). Carell hasn’t gotten a lot of love on the awards circuit thus far, but his role is at least as prominent as Rockwell’s, and he may get an additional boost from his performance in “Beautiful Boy,” which voters were probably watching for Timothee Chalamet’s performance.

Brian Tyree Henry, “If Beale Street Could Talk” (2 Experts) — Most of the acting attention for this James Baldwin adaptation has been for Regina King, but a couple of Experts think Henry will also break through for his own supporting performance as a man recently released from prison for a crime he didn’t commit. He only has 12 minutes of screentime in the film, but his lengthy scene in which he explains the psychological terrorism of prison is the film’s centerpiece. And this would be the capstone of a honeymoon year for Henry that also included nominations at the Tonys and Emmys.

Daniel Kaluuya, “Widows” (1 Expert) — Henry actually appears in “Widows” too, but one of our Experts says Kaluuya is the likelier nominee for this particular film. Kaluuya, just coming off his breakthrough Best Actor nomination for “Get Out,” plays a polar opposite role here as a merciless enforcer for a Chicago crime boss. He can be seen opposite Jordan in “Black Panther” too, so his dramatic versatility and consistency may sway voters.

Jonathan Pryce, “The Wife” (1 Expert) — Glenn Close could finally win her first Oscar after six previous attempts for this film, but Jonathan Pryce doesn’t have an Oscar either, and he’s never even been nominated. Could he join Close in the Oscar spotlight for playing her husband, a philandering Nobel Prize winner? Sometimes a buzzworthy lead performance can carry a supporting actor to a nomination as well. Consider Maggie Gyllenhaal, nominated with Jeff Bridges for “Crazy Heart,” and John Hawkes, nominated with Jennifer Lawrence for “Winter’s Bone.” Could Pryce break through too? Pardon the pun, but it could be a Close call.