Director Pedro Almodovar bounded onto the Oscar stage for the first time 20 years ago when his “All About My Mother” (1999) won Best Foreign Language Film. Appropriately enough, that prize was presented to him by two of his favorite actors: Antonio Banderas and Penelope Cruz. Now both Banderas and Cruz headline the Spanish filmmaker’s latest drama, “Pain and Glory,” which could return all three to the Academy Awards. Watch the Oscar flashback video above.

Cruz had a prominent role in “All About My Mother” as a pregnant nun, and she let it be known her preferred nominee won when she opened the envelope and screamed “Pedro!” before Banderas confirmed which film had prevailed. Almodovar gave both actors a giant embrace, asking the audience, “Don’t you think they are one of the most beautiful couples?” As the orchestra played, his frequent leading man and leading lady playfully dragged him off the stage to riotous applause.

Just three years later Oscar voters invited Almodovar back to the ceremony with writing and directing nominations for “Talk to Her” (2002). Technically those were his first Oscar nominations since Best Foreign Film is awarded to the nation of origin and not to the director. He won the Best Original Screenplay prize, presented to him by previous category victor Ben Affleck (“Good Will Hunting”).

Prior to those kudos his breakout hit “Women on the Verge of a Nervous Breakdown” (1988) had also been nominated for Best Foreign Film, but so far those are his only accolades from the motion picture academy.

However, he could add another trophy to his shelf with his latest effort, an autobiographical drama about a movie director (Banderas) coming to terms with his past as chronic pain prevents him from working. Cruz costars in flashbacks as the filmmaker’s mother, who raises her son in a small Spanish village. The movie has garnered Oscar buzz in several categories, including Best Picture, Best Director, Best Actor (Banderas), Best Supporting Actress (Cruz), Best Original Screenplay and Best International Film, which could make it Almodovar’s most nominated film by far.

Cruz earned her first ever Oscar bid for Best Actress in Almodovar’s “Volver” (2006), then won Best Supporting Actress for “Vicky Cristina Barcelona” (2008) and earned another nomination in the supporting race for “Nine” (2009). But Banderas (who won Best Actor at Cannes), has yet to be nominated for an Oscar, and a career-first bid for this film would be especially sweet, considering he got his start in Almodovar’s “Labyrinth of Passion” (1982) and has worked with the director seven additional times since then.

So perhaps Almodovar, Banderas and Cruz will all make a return trip to the Oscars 20 years after “Pedro!” prevailed. 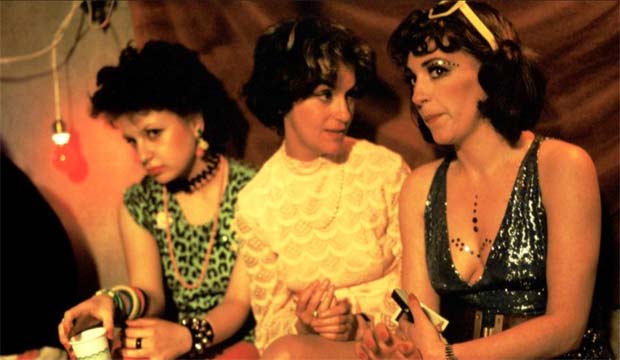