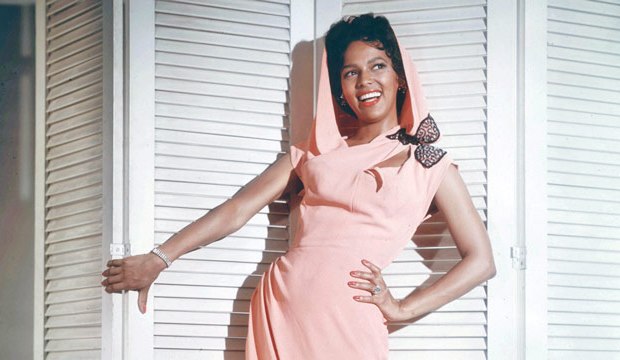 Over the decades, the presenters and performers on the Academy Awards have become more diverse. And this year is no exception with Awkwafina, Whoopi Goldberg, Maya Rudolph, Amandla Stenberg, Tessa Thompson and Constance Wu already announced as presenting on the 91st annual Oscars, as well as Jennifer Hudson performing the Oscar-nominated tune “I’ll Fight” from “RBG.”

But it was a long time coming. Let’s look back at the milestone first appearances of minority performers and presenters at Hollywood’s biggest night.

Though he was not a presenter per se, New Jersey native Cesar Romero of Cuban and Spanish heritage was featured with several writer/directors including Robert Riskin and John Huston who reminisced about their experiences in World War II at the 18th annual Academy Awards in 1946.

The following year, Ferrer would become the first Latino to win the best actor Oscar for “Cyrano de Bergerac.”

The first African-American presenter was Dr. Ralph Bunche, the Nobel Peace Prize-winning academic and diplomat who was one of the founders of the United Nations. He handed out the best film Oscar at the 23rd Academy Awards to producer Darryl F. Zanuck for “All About Eve.” He told the star-studded audience at the Pantages Theater: “It is imperative to our way of life that this great medium be kept fully free. In our society, freedom always must be accompanied by sober responsibilities and obligations.”

Two years later, singer Billy Daniels of “That Old Black Magic” fame performed the Oscar-nominated “Because You’re Mine” from the Mario Lanza comedy of the same name.

Dorothy Dandridge was not only the first African-American woman to be nominated for a lead actress Oscar for 1954’s “Carmen Jones,” she was the first black woman to present at the Academy Awards handing out the film editing honors to the evening’s bigger winner “On the Waterfront.”

Two years later, she returned to present special effects and perform “Julie,” the title tune from the Doris Day thriller.

SEE Which film wins Best Picture at the Oscars when PGA and DGA disagree?

It wasn’t until the 35th year that an Asian performer presenter on the Academy Award with Miyoshi Umeki, the first Asian actress to win the supporting category for 1957’s “Sayonara,” handing out the documentary awards.

And just who was the first African-American host of the Academy Awards?

Oscar favorite Sammy Davis Jr. who first appeared on the Academy Awards in 1960 to perform the best song nominee “Strange Are the Ways of Love”  from The Young Land.” Davis joined Oscar-winners Helen Hayes and Jack Lemmon and comic Alan King as a host for the 44th annual Academy Awards.  Davis quipped: “Tonight, the Academy is honoring two films about my people, ‘Shaft’ and ‘Fiddler on the Roof.’”

Richard Roundtree, who has scored a huge hit “Shaft,” was on hand to present the short subject honors with Cloris Leachman. And three of the five Oscar nominated tunes were performed by African-Americans: Charley Pride and the Mitchell Singing Boys warbled “All His Children” from “Sometimes a Great Notion” and Johnny Mathis crooned “Life is What You Make it.”

But the evening was stolen by Isaac Hayes, who came out on a brightly lit organ wearing a shirt made entirely of chains accompanied by dancers to perform his hit, “The Theme from Shaft.” Hayes became the first African-American to win the best song Oscar and thanked his grandmother because “her prayers kept my feet on the path of righteousness.