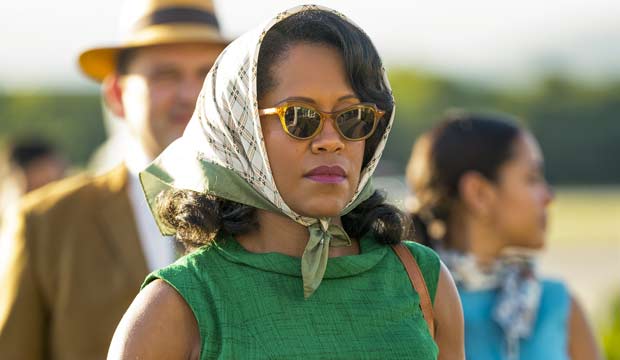 In terms of the film-by-film breakdown of nominations, “Beale Street” came in with a respectful three bids: Best Supporting Actress for Regina King, Best Adapted Screenplay for Barry Jenkins and Best Score for Nicholas Britell. The film stars KiKi Layne and Stephan James as star-crossed lovers who deal with an unexpected pregnancy and unjust incarceration in 1970s Harlem.

According to Gold Derby’s odds, despite its Best Picture snub “Beale Street” could very well win all three of its trophies on Oscar night. King currently sits in the #1 position for Best Supporting Actress, with her closest competition being Amy Adams (“Vice”). But since Adams hasn’t won a single televised precursor, that leaves many to believe that King will take home the trophy thanks to her prior victories at the Golden Globes and Critics’ Choice Awards. The other nominees are Rachel Weisz (“The Favourite”), Marina de Tavira (“Roma”) and Emma Stone (“The Favourite”).

For Best Score, Britell’s dream came true on Oscar nominations morning when Justin Hurwitz (“First Man”) was snubbed. Hurwitz was long considered the Oscar front-runner, particularly after walking off with the Golden Globe and Critics’ Choice Awards. With Hurwitz out of the race, Britell is now easily leading our predictions for Best Score. The other films nominated are “Black Panther,” “Mary Poppins Returns” and “BlacKkKlansman.”

Even though Jenkins was snubbed for producing and directing “If Beale Street Could Talk,” he was nominated for writing the screenplay, which he adapted from James Baldwin‘s novel. Jenkins currently comes in second place in our predictions behind “BlacKkKlansman” scribes Charlie Wachtel & David Rabinowitz and Kevin Willmott & Spike Lee. Will Oscar voters be able to resist awarding Lee here, especially since Jenkins won this same category for “Moonlight” two years ago? The other films nominated are “Can You Ever Forgive Me?,” “A Star Is Born” and “The Ballad of Buster Scruggs.”