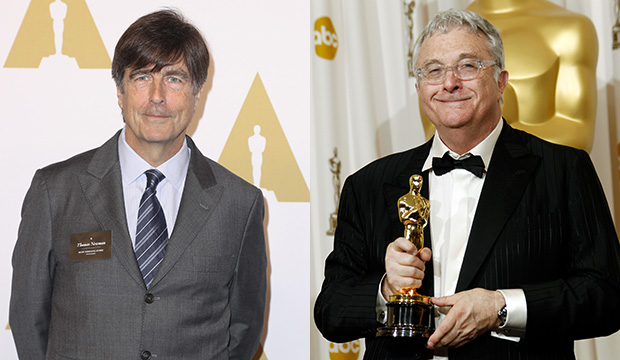 The Newmans are the the most nominated family in Oscar history with a whopping 92 bids and they could bump up that number even more this year. Cousins Thomas Newman and Randy Newman are both in the running for Best Original Score for their work on two very different Best Picture contenders, “1917” and “Marriage Story,” respectively. Should they make the cut, it’d mark the first time in almost a quarter of a century and second time overall they’re competing against each other.

Two sounds mighty small when you consider that Thomas has been nominated 13 times in the category and Randy, eight. But alas, the only time they’ve collided was 24 years ago when Thomas was up for “Unstrung Heroes” and Randy was nominated for “Toy Story” in Best Musical or Comedy Score (the Oscars split score into drama and musical or comedy from 1995 to ’98); they lost to Alan Menken and Stephen Schwartz for “Pocahontas.”

Neither has won the category. Thomas has the second most nominations without a win, behind Alex North, who went 0 for 14 before becoming the first composer to receive an Honorary Oscar in 1986. He has an additional bid in Best Original Song, for “Down to Earth” from “WALL-E” (2008), bringing his career Oscar record to 14 nominations without a victory. While Randy, who has 20 nominations total, is 0-8 in score, he has had better luck in the song category, twice winning for “If I Didn’t Have You” from “Monsters, Inc.” (2001) and “We Belong Together” from “Toy Story 3” (2010). He’s also contending in song this season with “I Can’t Let You Throw Yourself Away” from “Toy Story 4.”

If Randy, who was first nominated for “Ragtime” (1981), makes the shortlist with his gentle, mournful score for “Marriage Story,” it’ll be his first bid in the category since “Monster’s, Inc.” Thomas has been more fruitful this century, amassing nine nominations since 2000, most recently for 2016’s “Passengers.” His first nominations came 25 years ago when he earned double bids for “Little Women” and “The Shawshank Redemption” (ironically, he could now face off against Alexandre Desplat for Greta Gerwig‘s “Little Women”). Randy has been double nominated in one year as well, albeit not in the same category — he was up for dramatic score for “Pleasantville” (1998) and musical or comedy score for “A Bug’s Life” (1998).

While Best Original Score is not yet in our predictions center, pending academy shortlists, Thomas has emerged as an early favorite to finally win his first statuette with his rousing, foreboding compositions for Sam Mendes‘ World War I drama that know exactly when to pull back and show restraint in the film’s most intimate moments. This would be his fourth nomination for a Mendes movie, following “American Beauty” (1999), “Road to Perdition” (2002) and “Skyfall (2012).

See all of Thomas and Randy Newman’s Best Original Score nominations below.