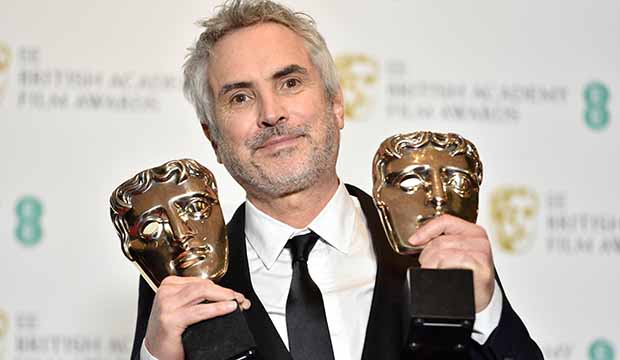 At this point it feels cliché to say this is one of the most wide open Oscar races in years, but IT’S SO TRUE! And the race for Best Picture is one of the main reasons why it feels this way. Every precursor has delivered another surprise that throws the race into a total state of confusion. But when it comes to this Sunday’s ceremony, I feel confident in sticking with my gut that Alfonso Cuarón’s “Roma” will take home the top prize this year.

I’ve come to this conclusion through a two-step process. I hinted in the headline that my first step was to completely ignore Oscar history and other major statistics. For the past several years, the Best Picture winner has either strongly reinforced a particular historical factor or has flown in the face of a specific aspect. For the former we saw stats supported like having a nomination for SAG Ensemble (“Moonlight” over “La La Land” in 2016) and getting a screenplay nomination (“Spotlight” over “The Revenant” in 2015). But on the flip side we also saw long standing correlations fizzle like Best Picture winners having a corresponding Film Editing nomination (“Birdman” in 2014) and even the previously mentioned SAG Ensemble stat (“The Shape of Water” in 2017).

It’s no coincidence that this break in precedent has come about since the expansion to more than five nominees and the implementation of the preferential ballot that occurred soon after. With the way races have played out, it seemed inevitable that the current setup would result in a race with nominees that had so many glaring contradictions.

This brings me to the second part of my reasoning and that was to just focus on what we could tell from the nominations and this is where “Roma” becomes a clear favorite. Just look at some of the categories where it got nominated. Specifically, look at the nominations it received for Sound Mixing, Sound Editing, Production Design Actress (Yalitza Aparicio) and Supporting Actress (for Marina de Tavira). These were aspects of the film that might not register for many viewers as being worthy of recognition, but large enough factions of these respective branches wanted it to be recognized. It’s hard to believe they would rank “Roma” that high without a genuine love and appreciation for it. This is especially true for de Tavira who got nominated without any precursor recognition by the largest voting bloc in the entire organization.

This is not to say that “Roma” is an absolute sure thing to win Best Picture. There’s still the issue of bias against streamer Netflix by more traditional members of the Academy and that could be its greatest obstacle. The actual winner could be “Green Book,” “BlacKkKlansman,” “The Favourite” or even a longer shot. But the kind of solid showing that the film had in nominations is very hard to ignore and in a time where so much history is conflicting in where the race will go, this is the most reliable aspect that you can draw a conclusion from.