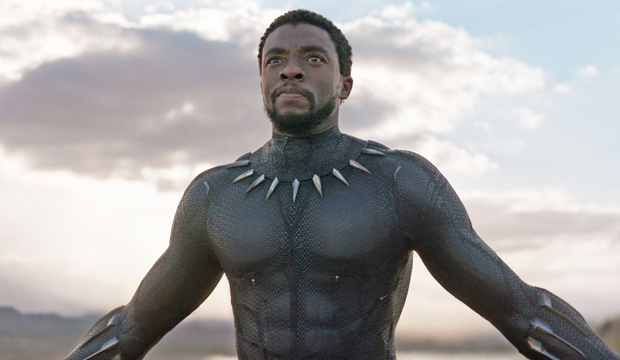 The presumed superhero anxiety of the Oscars seems to be fading slightly, thanks to a huge embrace of films like “Black Panther,” “Spider-Man: Into the Spider-Verse” and “Avengers: Infinity War.” With “Black Panther” in particular landing in Best Picture and earning six other nominations, the popular but not always respected genre appears to have broken the stigma. “Avengers: Infinity War” and “Spider-Man: Into the Spider-Verse” are already expected to win their respective categories, and some are thinking “Black Panther” could take home a few craft categories as well. Could we really be on the brink of a total superhero takeover at the Oscars?

SEE2019 Oscars predictions by experts: 7 of the 8 Best Picture nominees will win at the 91st Academy Awards

It seems we’re a far cry from the academy that embraced “Birdman,” 2014’s Best Picture winner about an actor trying to distance himself from his superhero past. Discussions of the Oscars’ bias against such films largely stemmed from the organization’s snubbing of “The Dark Knight” in Best Picture and Best Director in 2008, a decision that all but directly caused them to implement an expansion of the Best Picture lineup. This allowed various popular films to get into Best Picture that likely wouldn’t in a field of five but even acclaimed superhero films like “Wonder Woman” and “Logan” were not able to crack that top category. A full decade after “The Dark Knight,” we have finally seen the genre be embraced in the form of “Black Panther,” Marvel’s most critically acclaimed film with a box office so astronomical that the Oscars would have turned heads if they ignored it.

While “Black Panther” is not currently being predicted to win any of its seven categories, according to Gold Derby odds it is ranked #2 in four different categories: Best Costume Design, Best Production Design, Best Original Score and Best Original Song. The visual elements of “Black Panther” are so showy that it is entirely possible the film does win for its outstanding costumes and production design. Doing so would make costume designer Ruth Carter and production designer Hannah Beachler the first African American winners of their respective categories. When it comes to the Best Picture category, the film is ranked sixth in Gold Derby odds, but its Screen Actors Guild Award for Best Ensemble could signal its prospects are higher than predictors expect.

“Spider-Man: Into the Spider-Verse” is perhaps the best chance of a superhero film prevailing at the Oscars this year. The film has mostly swept the Best Animated Feature precursors awards, including key wins at the Golden Globes, Critics’ Choice and Annie Awards. If it were to win Best Animated Feature at the Oscars it would be the first non-Disney/Pixar film since 2011’s “Rango.” However, if “Spider-Man” does not win, prognosticators are expecting it to be another superhero film, “Incredibles 2.” As for the Best Visual Effects category, “Avengers: Infinity War” just won at the Visual Effects Society Awards, and while Marvel has never won Best Visual Effects at the Oscars, the impressive design work on Thanos alone could be enough to put it over the edge.

An embrace of superhero films could be exactly what ABC and Oscar producers are looking for, with the show’s ratings gradually slipping. Those slipping ratings are sometimes attributed to Oscar voters not nominating and rewarding “films that people actually see,” and this would be a step towards rewarding films that are both deserving and popular. It would especially be a win-win for Disney, which owns ABC, if “Black Panther” and “Avengers: Infinity War” won some of these technical awards. It remains to be seen if the embrace of superhero movies can extend beyond just nominations and result in some actual wins, or if the nominations will be seen as the “welcome to the club” reward.