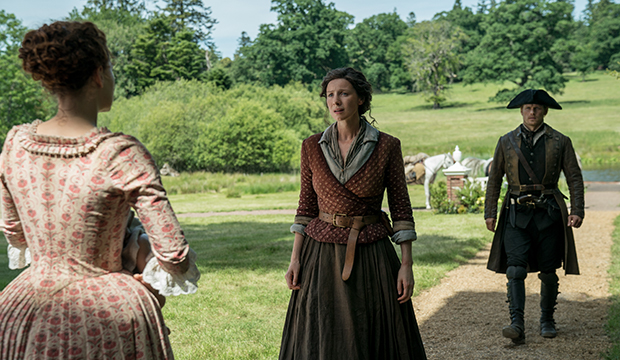 Caitriona Balfe has received four consecutive Best Drama Actress Golden Globe nominations for “Outlander,” which she still can’t quite believe. “I don’t think you ever expect any of these great things that happen,” Balfe said Tuesday during Starz’s Fiercely Female panel at the Television Critics Association press tour.

The actress, who scored Globe bids from 2016-19 as well as two Critics’ Choice Awards nominations, joked that she “didn’t have time to know my name” when she landed the role of Claire Fraser on the time-traveling romantic drama because she only had two weeks to prep. So awards recognition was the furthest thing from her mind. “I was just really lucky to get a job,” Balfe said. “I was this broke, unemployed actress. My goal was just to work.”

Executive producer Maril Davis pointed out that Season 1 took a year to film, and Balfe was in practically every shot. “Certainly all those kudos are well deserved,” Davis said.

Four seasons in, “Outlander,” based on Diana Gabaldon‘s book series of the same name, has cultivated a devoted fan base, most of whom, if not all, want a happily ever after for Claire and Jamie (Sam Heughan). Balfe thinks it’s “great” that their love story and Claire herself have resonated with fans.

“Outlander” has already been renewed for a fifth and sixth season. Season 5 is expected to start production soon after an extended hiatus, so this droughtlander will be quite long.