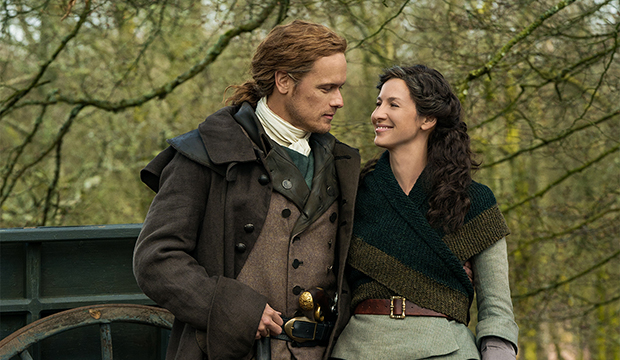 The Droughtlander isn’t over yet, but here’s something to tide you over. On Tuesday, Starz released a new photo of Jamie (Sam Heughan) and Claire (Caitriona Balfe) from the fifth season of “Outlander,” which just started production in Scotland.

In the shot, the two are dazzling in green as they stare into each other’s eyes next to a wagon in Fraser’s Ridge, their new home in colonial America. Swoon.

“In Season 4, Jamie and Claire’s decision to remain in the New World changes the course of their life together,” executive producer Matthew B. Roberts said in a statement. “After being struck by the beauty of the North Carolina wilderness — untamed and uncultivated — they choose to call it home: Fraser’s Ridge. However, what is a ‘dream’ for some is a ‘nightmare’ for others. Being at the center of the birth of America is often a bloody and violent and heartbreaking matter. Now, in Season 5, Jamie and Claire’s duty is not only to their loved ones, but to the community of settlers forming part of the ever-increasing Clan Fraser.” 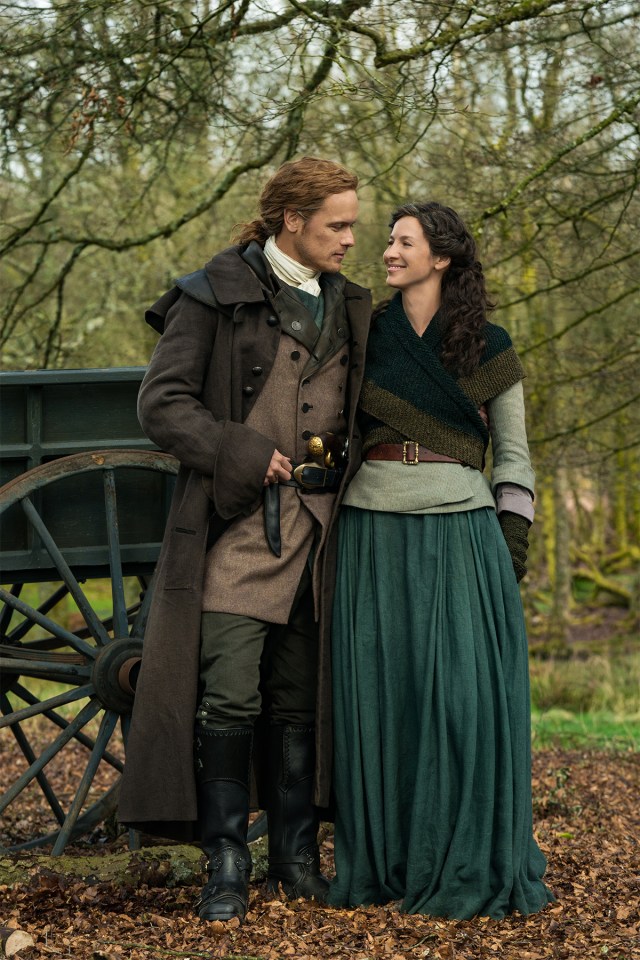 Season 5 will consist of 12 episodes and is based on “The Fiery Cross,” the fifth book in Diana Gabaldon’s eight-part best-selling series. Starz has already renewed “Outlander” through Season 6, so there’s definitely more to come.

Here is the official Season 5 synopsis from Starz:

The Frasers of the Ridge are here! The fifth season of “Outlander” sees a continuation of the Fraser family’s adventures, as they navigate the trials and tribulations of life in colonial America. Establishing a home in the New World is by no means an easy task – and protecting it proves even more difficult – particularly in the wild backcountry of North Carolina, during a period of dramatic socio-political upheaval. As Claire knows all too well, friends, neighbors and countrymen are unwittingly marching towards Revolution, with members of the elite ruling classes struggling to stifle the alarming undercurrent of unrest triggered by the Regulator Movement. Against this backdrop, which soon heralds the birth of the new American nation, Claire and Jamie are forced to ask themselves just how far they are willing to go to protect their home, and praying there will be no reason to light the “fiery cross,” an ancient Scottish call to arms.