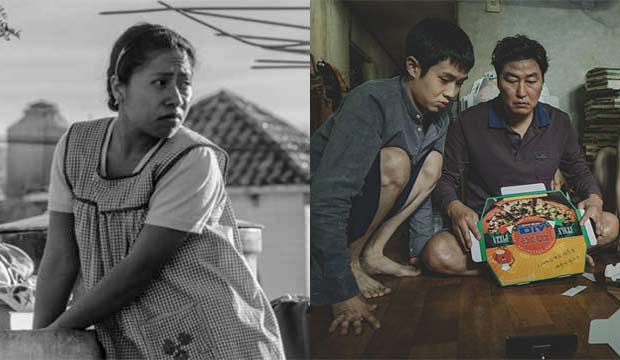 Earlier this year all eyes were on Alfonso Cuaron‘s “Roma” to make Oscar history as the first foreign language film to win Best Picture. Though it came up short in the end, it may have opened the door for Bong Joon Ho‘s “Parasite” to finally end that 91-year drought.

“Roma,” Netflix’s epic domestic drama about a poor maid (Yalitza Aparicio) working for an upper-middle class Mexican family in the 1970s, came into the 2018 Oscar race with a whopping 10 nominations. Cuaron prevailed for his directing — which made it the first non-English language movie to win that award — and it took home additional prizes for Best Cinematography and Best Foreign Language Film. Yet when the final envelope was opened, the very American “Green Book” was announced as the recipient instead. Perhaps voters felt “Roma” had been amply taken care of in the foreign film category (not to mention the other trophies Cuaron took home that night).

But look on the bright side: it’s possible “Roma” had to walk so that “Parasite” could run. The Neon release, which centers on a lower-class Korean family that schemes its way into working in an upper-class household, has garnered widespread critical acclaim and boffo worldwide box office. It’s buzz has grown since winning the Palme d’Or at Cannes earlier this year, and currently, it’s ranked fourth in our overall Best Picture racetrack odds.

Should it crack the lineup, “Parasite” would join an elite group of foreign-language titles that have competed for Best Picture. The first was Jean Renoir‘s “Grand Illusion” (1938), which earned its bid before the Best Foreign Language Film award was created in 1947. It took another 31 years for another film to crack the lineup: Costa-Gavras‘s “Z” (1969), which ultimately won the foreign film prize, plus another for its film editing.

Jan Troell‘s “The Emigrants” snagged a Best Foreign Language Film bid in 1971 before contending in Best Picture the very next year (it wasn’t released in the US until 1972). Next came Ingmar Bergman‘s “Cries and Whispers” (1972), which competed for Best Picture in the 1973 race and won a prize for its cinematography, though oddly enough was snubbed in the foreign film category. A similar fate befell Michael Radford‘s “Il Postino” (1995) 22 years later: it too was nominated for Best Picture, but not Best Foreign Language Film (it won Best Score).

So clearly the foreign film category has served as an escape hatch for Oscar voters who want to honor an international title, but not in Best Picture (only “The Emigrants” won neither, perhaps because it contended in separate years). Yet it would behoove the academy to acknowledge at least once that the year’s best movie was made in a language other than English, and considering how close “Roma” came, that day may soon come.

Vanessa Kirby ('Pieces of a Woman'): This 'once in a lifetime experience' was 'a head-first plunge into…