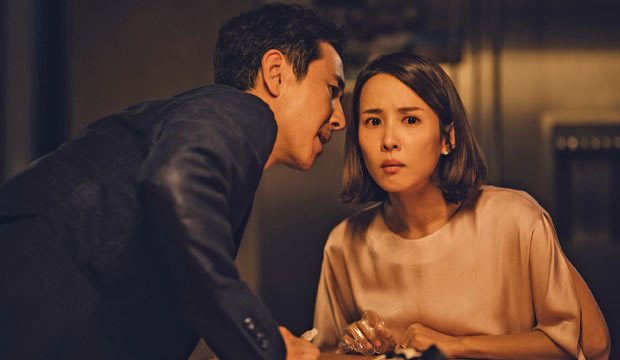 Is “Parasite” the best movie of the year? It just might be according to the reviews. The Korean film by director Bong Joon Ho opened on October 11 in limited release, and it’s the highest rated film of 2019 no matter which review aggregator you choose.

As of this writing, the film has a MetaCritic score of 95 based on 31 reviews counted — all of them positive, and 14 of which are rated a perfect 100. That currently ties it with “Marriage Story” at the top of MetaCritic’s 2019 rankings, but “Marriage” doesn’t open for another month, so additional reviews may adjust its average up or down by then.

Over on Rotten Tomatoes the film is still perfect after 146 reviews: 100% fresh without a single thumb down in the bunch. The RT critics consensus says, “An urgent, brilliantly layered look at timely social themes, ‘Parasite’ finds writer-director Bong Joon Ho in near-total command of his craft.”

Those social themes are timely indeed. It tells the story of a poor Korean family that manipulates its way into a wealthier family’s household until things go … awry. The filmmaker has crossed genres before, from the monster mayhem of “The Host” to the gritty crime drama of “Mother,” to the post-apocalyptic sci-fi of “Snowpiercer.” Here he has made a film that is being described as both a “pitch-black tragicomedy” and a “horror masterpiece.” Bong is “at the peak of his game,” “on brilliant form” but also “unmistakably, roaringly furious” in his depiction of inequality and its consequences.

SEEOscar predictions: Top 10 frontrunners for Best Original Screenplay include ‘Once Upon a Time in Hollywood,’ ‘Parasite,’ ‘Marriage Story’ and …

The film premiered at the Cannes Film Festival in May and became the first Korean film ever to win the Palme d’Or. Unsurprisingly, it’s the South Korean entry for the Academy Award for Best International Feature. Not only could it be the first Korean film to win at the Oscars, it would be the first just to be nominated. It’s tied with Philippines with 31 all-time submissions without a nomination. The only nations that have submitted more films without a bid are Portugal (36), Romania (35) and Egypt (34).

But that might be thinking too small. The combined predictions of thousands of Gold Derby users currently rank the film as a strong contender for Best Picture and Best Director. So do you think its unanimous raves will translate to votes from the academy? Check out some of the reviews below, and join the discussion on this and more with your fellow movie fans here in our forums.

Dana Stevens (Slate): “‘Parasite,’ maybe the best film Bong has yet made, begins as a social-realist drama about a poor family struggling to find work in modern-day Seoul … By the end of ‘Parasite,’ the audience is uncomfortably aware of our complicity with an economic system that allows such deep class divisions to rule our lives and structure our everyday interactions. Our hearts break.”

Alissa Wilkinson (Vox): “‘Snowpiercer’ and ‘The Host’ director Bong Joon Ho reaches the peak of his game with a new must-see horror masterpiece … Bong is working at the top of his game, constructing with his cinematographer Hong Kyung-pyo a world where drastic shifts occur between the insides of houses that don’t just signify changing living conditions but the interior state of the inhabitants.”

Leah Greenblatt (Entertainment Weekly): “Maybe you can’t actually eat the rich; but you can steal their lunch, and their life: That’s the essential premise of Bong Joon Ho’s ‘Parasite,’ a serrating, brilliantly stylized portrait of class and fate and family in modern-day Korea.”

Jessica Kiang (Variety): “Korean auteur Bong Joon Ho is on excoriating form in his exceptional pitch-black tragicomedy about social inequality in modern Korea … Bong is back and on brilliant form, but he is unmistakably, roaringly furious, and it registers because the target is so deserving, so enormous, so 2019: ‘Parasite’ is a tick fat with the bitter blood of class rage.”