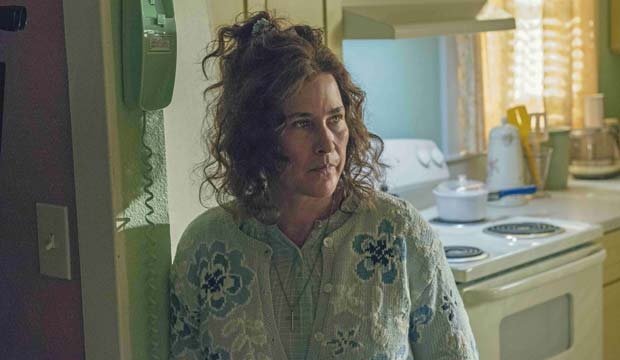 At this point we shouldn’t be surprised whenever Patricia Arquette wins acting kudos, so is she a bigger threat than we’re anticipating at the Golden Globes this year for “The Act”? It would be her second Globe victory in a row.

Last year’s front-runner for Best TV Movie/Limited Actress was Amy Adams for playing a troubled reporter in “Sharp Objects.” But she was ambushed by Arquette, who won for her performance as a prison employee who helps two men break out in “Escape at Dannemora,” which had aired more recently and was thus fresher in voters’ minds. Only a couple of our Experts and top users saw that coming.

Then Arquette took us by surprise again by winning the Emmy for Best Movie/Limited Supporting Actress for “The Act,” in which she plays a real-life mother with Munchausen syndrome by proxy who fakes her daughter’s illness and is murdered when her daughter learns the truth. At that event, most of our users had been predicting another “Sharp Objects” actress to win, Patricia Clarkson.

Now Arquette could win at the Globes for “The Act,” where she currently ranks among the top five likely nominees for Best TV Supporting Actress, which is a far more crowded field since this race combines all TV shows: dramas, comedies, movies and limited series. As of this writing she ranks fourth with 6/1 odds, behind front-runner Meryl Streep (“Big Little Lies”) with 17/5 odds, Helena Bonham Carter (“The Crown”) with 39/10 odds and Laura Dern (“Big Little Lies”) with 5/1 odds.

Arquette has been nominated a total of five times at the Globes. She earned three bids for Best TV Drama Actress for playing a psychic detective in “Medium” (2006-2008), but she never won. However, she prevailed at the 2015 telecast for her supporting role in the film “Boyhood,” for which she dominated the awards season on the way to the Oscar podium. Then came her aforementioned win for “Dannemora.”

She does seem to have the golden touch these days. Will her winning streak continue this season?