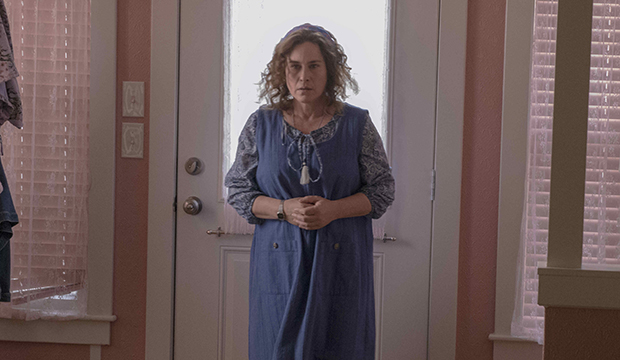 Patricia Arquette spent 2019 pulling off upsets at award shows. With last year’s late-breaking “Escape at Dannemora,” the Oscar winner swept the Golden Globe, Critics’ Choice and Screen Actors Guild Awards in limited series/TV movie actress, knocking off presumed frontrunner and “Sharp Objects” star Amy Adams (they tied at Critics’ Choice). Then at the Emmys, where she was expected to lose in lead for “Dannemora” to “Fosse/Verdon’s” Michelle Williams and did, Arquette still walked away a winner when she beat favorite Patricia Clarkson (“Sharp Objects”) in supporting for “The Act.” She’s already scored Globe, Critics’ Choice and SAG bids for the Hulu anthology series, and if she can manage another upset at SAG, she’ll be the first person to win the limited series/TV movie actress category back to back.

Since the SAG Awards doesn’t have lead and supporting categories for TV, Arquette’s supporting turn on “The Act” is shortlisted alongside that of her onscreen daughter and lead Joey King, along with those of Williams, Toni Collette (“Unbelievable”) and Emily Watson (“Chernobyl”), whom Arquette beat at the Emmys. She won’t be able to achieve this consecutive win at the Globes or Critics’ Choice, which do have supporting categories.

SEE Will Patricia Arquette surprised at the Golden Globes for a second year in a row?

A win would make Arquette the fourth person with two victories, a category record. Alfre Woodard first accomplished it with “The Piano Lesson” in 1996 and “Miss Evers’ Boys” in 1998. Helen Mirren triumphed for “Elizabeth I” in 2007 — she also won lead actress on the film side for “The Queen” that night — and then seven years later for “Phil Spector.” Queen Latifah was the most recent, prevailing for “Life Support” in 2008 and “Bessie” in 2016.

The bid for “The Act” is Arquette’s second in the category, so she could have a 2-for-2 record, just like Latifah does. Woodard has a third nomination for “Steel Magnolias,” losing to Julianne Moore (“Game Change”) in 2013. A record five-time nominee in the category, Mirren was in contention for a sixth bid this year with “Catherine the Great,” but she was left out on the sideline.

Arquette is currently in third place in in our early odds, behind Williams and Collette. King and Watson are in fourth and fifth, respectively.

MAKE YOUR PREDICTION: Who will win Best TV Movie/Mini Actress?
To save your prediction, you must log in to Gold Derby. Click here to sign in with existing account -- or create a new one.