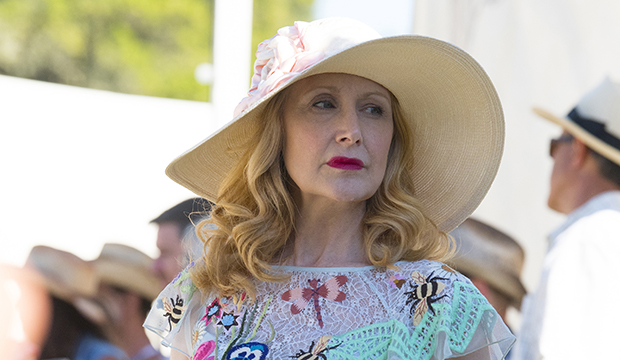 Beyonce is in the Emmy race for “Homecoming,” but it’s Patricia Clarkson who could end up being ***Flawless. The “Sharp Objects” star is the early favorite in our odds to claim the Best Limited Series/TV Movie Supporting Actress prize, which would give her a pristine 3-for-3 Emmy record.

Clarkson has never lost an Emmy race, nabbing two Best Drama Guest Actress statuettes in 2002 and ’06 for “Six Feet Under.” The dual victories made her one of five women to have won that category a record two times, alongside Shirley Knight, Margo Martindale, Amanda Plummer and Alfre Woodward. Clarkson and Martindale, who went back to back in 2015-16 for “The Americans,” are the only ones to win multiple times for playing the same character on the same show.

After winning the catch-all supporting Golden Globe and the Critics’ Choice Award in January, Clarkson was the top choice in our nomination predictions for her turn as devious matriarch Adora Crellin on “Sharp Objects.” She also received a Screen Actors Guild Award nomination alongside her co-star Amy Adams‘ in the group’s single category, but lost to Patricia Arquette (“Escape at Dannemora”).

Arquette is expected to be Clarkson’s toughest foe at the Emmys — but for “The Act” (she’s up in lead for “Dannemora”). She’s in second place behind Clarkson for playing another albeit very different type of manipulative mother on the true crime anthology series. So Arquette could go 2 for 2 or 0 for 2 in one night, or 1-1; she’s currently in second place in the lead race, behind Michelle Williams (“Fosse/Verdon”). If people don’t vote for her in lead, she could get support instead for “The Act” (or vice versa).

In the actual race itself, Clarkson benefits from the snub of her co-star, breakout Eliza Scanlen, so she doesn’t have to worry about any possible vote-splitting like two of her rivals, “When They See Us” stars Vera Farmiga and Marsha Stephanie Blake. Plus, with Best Limited Series shaping up to be a battle between “When They See Us” and “Chernobyl,” and Adams having lost steam to Arquette and Williams, Clarkson may seem like the best place to reward the series. And since she’s already won two awards for it, if Clarkson can maintain that precursor momentum, batting 1000 doesn’t seem out of the question.

Emily Watson (“Chernobyl”), Farmiga, Blake and Margaret Qualley (“Fosse/Verdon”) round out our odds.